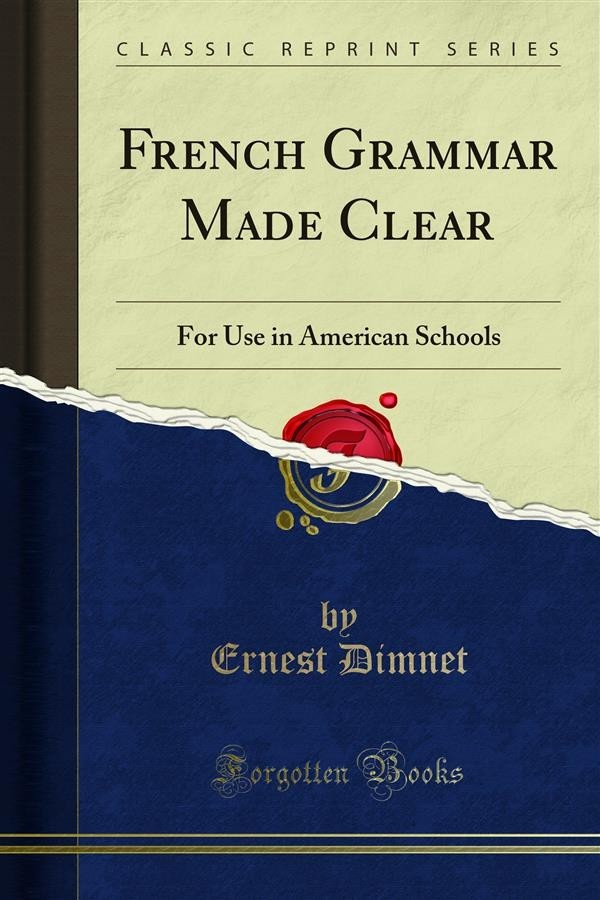 This book was written for you - not for your teacher who has a large library of learned works, but for you. Every word of it was chosen, every typographical arrangement devised for you. You will notice that although in most cases examples are given first in English with the French translation after, the contrary order occasionally appears. This is not the result of arbitrariness but of the consideration of what you will sometimes prefer. Your needs were considered in everything.<br><br>Some people contend that we can learn a language without learning the grammar of that language: they even say that we learn it better that way. In fact, there is no doubt that the quickest method for learning a language is to speak it with people who know it well, and the next quickest is to read good books written in that language. But you certainly know, in your own school, boys or girls who have learned French in Europe or with a French governess and who, nevertheless, surprise their teacher by their mistakes in speaking. And you probably know people who read French as easily as English but cannot write six lines in French correctly.