Why We Practice Plural Marriage 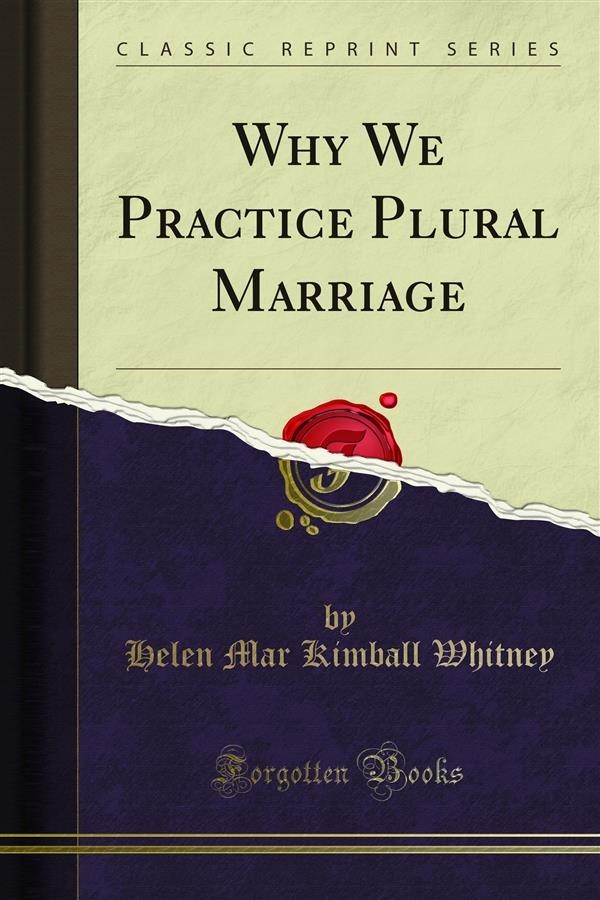 Why We Practice Plural Marriage

This letter was forwarded to me. I was little prepared for anything of the kind. It was not so pleasant to think of cor responding with one who was not a believer in our faith. But having entered the field I had no disposition to shirk the task. I therefore replied in behalf of the women who have taken upon them the cross and honored this celestial principle. I assured him that there would be no objection if his motive was honorable, as we desired that the world should know of our faith and doctrines; though few in the various denomina tions were willing to honorably meet us, but had shown a cowardly spirit by shunning argument and gathering up every vile falsehood to publish against us — making us appear as the most ignorant, degraded and unprincipled beings upon the face of the earth. I used no ﬂattery, but gave him plainly to understand with whom he was dealing. Thinking some por tions of this correspondence might prove interesting to my brethren, and sisters, and others, who, like him, are curious to know of our inner life and doctrines, I wrote him, after concluding to publish this pamphlet, asking if he had any objections to my inserting extracts from his letters, Previous to this I had shown them to no one but my husband, to whom. I gave him to understand at the first, I should submit them. He answered that I was at perfect liberty to use them as I pleased, as he had written nothing but what he considered truth.