The Principles of Muhammadan Jurisprudence According to the Hanafi, Maliki, Shafi'i and Hanbali Schools 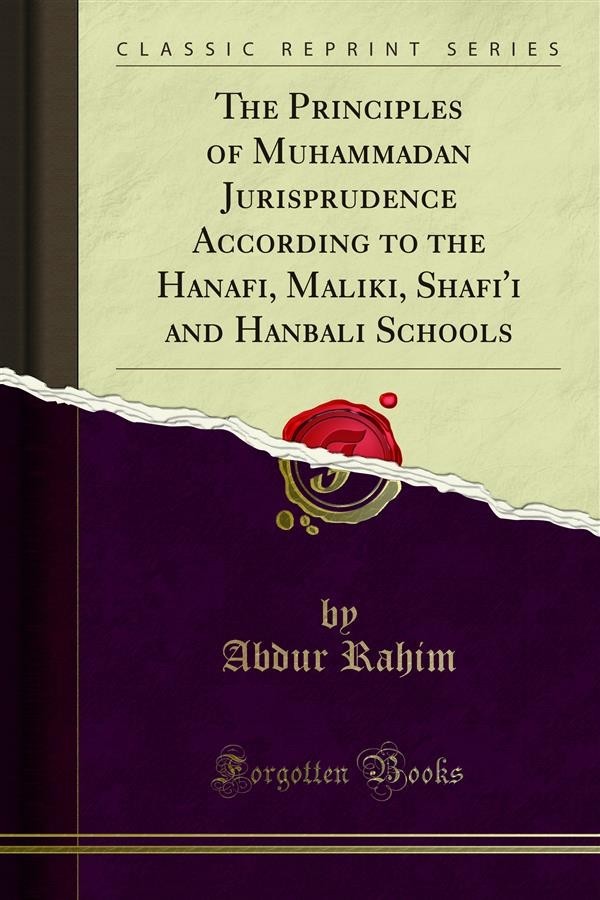 The Principles of Muhammadan Jurisprudence According to the Hanafi, Maliki, Shafi'i and Hanbali Schools

This book embodies the substance of the lectures which I delivered in the University of Calcutta, as Tagore Professor for the year 1907, and I greatly regret that there should have been so much delay, due to reasons altogether personal to myself, in the publication of the book.<br><br>The first Chapter is intended to be introductory, and its usefulness will, I trust, be apparent, especially with reference to the topics discussed in Chapters XI to XII. I ought to mention that, in writing the earlier portion of the first Chapter, I derived valuable suggestions from Mr. Macdonald's excellent treatise on Muhammadan Theology.<br><br>Chapters II to V contain an exposition of 'Al-Usúl' or the Science of Law, as developed by the Muhammadan jurists tween the eighth and the fourteenth centuries of the Christian Era. Much of this part of the book is practically a translation of Sadru'sh-Shari'at's 'Taudih' which was written sometime in the fourteenth century and is recognized as a standard work on the subject. The other writings on Usul which I have largely consulted are Taftázánis' 'Talwih', which is a commentary on 'Taudih', Fakhru'l-Islám's 'Al-Usúl' and its commentary 'Kashfu'l-Isrár', 'Musullumu'th-Thabut', by Muhibbullah and its commentaries by Bahrul Ulúm and others, 'Attaqrir-wa't Tahbir', by Ibn Hammám, 'Núru'l-Anwar', by Mullah Jiwan; 'Jam'u'l-Jawámi'', by Tajuddin Subki with its commentary by Al-Mahalli and the gloss known as 'Al-Áyátu'l-Bayyinat' and 'Al-Mukhtasar' by Ibn Hájib with Qádi Udud's commentary thereon.<br><br>In writing the remaining chapters I have not had the same invaluable help of these eminent jurists, who did not think tit to pursue their investigations beyond the limits of the topics dealt with in Chapters II to V.