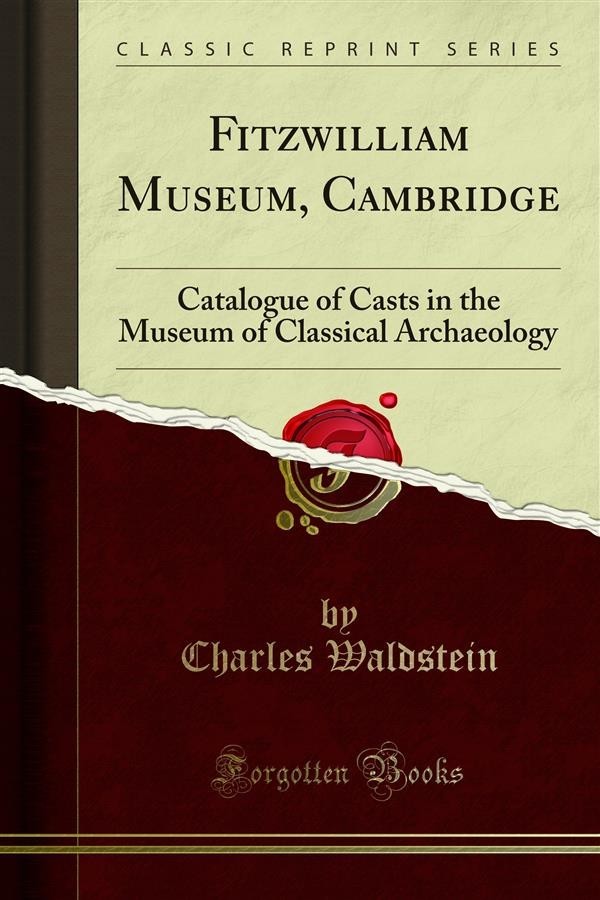 It is the aim of this Catalogue to make the Museum of Archaeology an object lesson in the history of Greek art. In the arrangement of the casts themselves this aim has served as the guiding principle. The description of the casts together with the Introduction to the Catalogue and to the various Galleries is thus meant to give a short sketch of the whole development of Greek sculpture. While it is hoped that this little book may have some educational value in itself, it is more immediately meant to be read and studied in the Museum in the hope that the general reader will acquire some adequate notion of the growth of Hellenic art in the various periods of its history.<br><br>On the other hand, this Catalogue is meant to furnish the University with a hand-book for the use of special students preparing for the second part of the classical tripos. Accordingly, such references have been added to the descriptions as will enable the student to make use of the Archaeological Library attached to the Museum, and to read up what has been published on the different works. The references have been selected on the following principle, 1st if possible, a reference to some work in the English language; 2nd the most recent publication containing references to previous treatises; 3rd the best illustration.<br><br>The Museum was formally opened on May 6, 1884. The cost of the building, including the Lecture Theatre, as well as the three Galleries forming the Museum of General and Local Archaeology (the latter not indicated on the ground-plan, Fig. 1), was £9740.