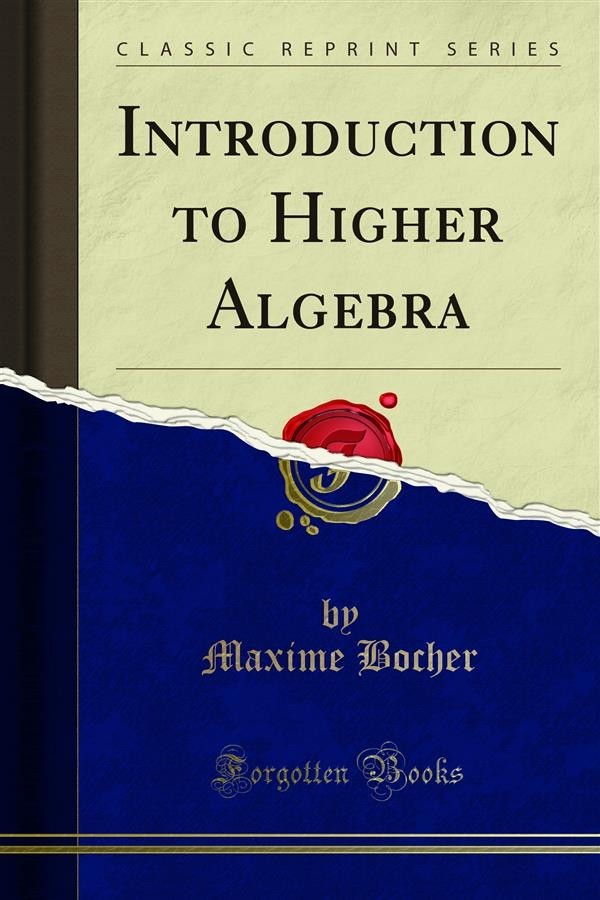 An American student approaching the higher parts of mathematics usually finds himself unfamiliar with most of the main facts algebra, to say nothing of their proofs. Thus he has only a rudimentary knowledge of systems of linear equations, and he knows to nothing about the subject of quadratic forms. Students in this condition, if they receive any algebraic instruction at all, are usually plunged into the detailed study of some special branch of algebra, such as the theory of equations or the theory of invariants, where their lack of real mastery of algebraic principles makes it almost inevitable that the work done should degenerate to the level of purely formal manipulations. It is the object of the present book to introduce the student to higher algebra in such a way that he shall, on the one hand, learn what is meant by a proof in algebra and acquaint himself with the proofs of the most fundamental facts, and on the other, become familiar with many important results of algebra which are new to him.<br><br>The book being thus intended, not as a compendium, but really, as its title states, only as an introduction to higher algebra, the attempt has been made throughout to lay a sufficiently broad foundation to enable the reader to pursue his further studies intelligently, rather than to carry any single topic to logical completeness. No apology seems necessary for the omission of even such important subjects as Galois's Theory and a systematic treatment of invariants. A selection being necessary, those subjects have been chosen for treatment which have proved themselves of greatest importance in geometry and analysis, as well as in algebra, and the relations of algebraic theories to geometry have been emphasized throughout. At the same time it must be borne in mind that the subject primarily treated is algebra, not analytic geometry, so that such geometric information as is given is necessarily of a fragmentary and somewhat accidental character.