The Official Handbook of New Zealand 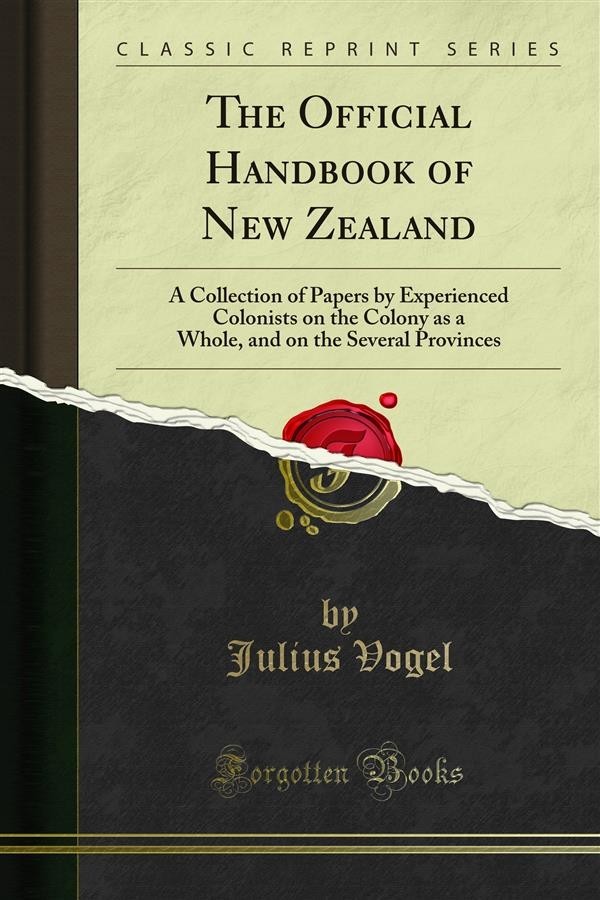 The Official Handbook of New Zealand

The rapid sale which the First Edition of the "Official Handbook of New Zealand" baa met with, has occasioned an unexpectedly early demand for a New Edition. The materials for bringing the information contained in the publication down to the latest period are not procurable in England, and the question had to be considered whether to allow the book lo go out of print, or to publish a second edition with only such additional information as could be obtained without sending to the Colony. Thu Editor, who is on a visit to England, decided to adopt the latter course; and it becomes his duty to explain that the latest information is not so complete as he would have desired. It has been gleaned from different sources, and so far as it goes is to be relied on. As It is not sufficient to be made applicable to all portions of the book, and as it would embarrass the reader to leave him in uncertainty as to the dates to which the various particulars extend, it has been thought better to append the additional information to this introduction, leaving the bulk of the book as before, excepting that the Official Directory has been corrected as far as possible.<br><br>In the absence of a copy of the Census of 1874, the particulars of that Census, procured from fragmentary sources, are produced at less length than might otherwise be desirable. As the paper on the Public Works Department could not be subjected to official revision, it has been thought better to leave it as it originally appeared. It is to be regretted that official materials are not to hand in England by tho aid of which u particularized account could be given of the very great progress which the Railways and other public works have made since tho paper was written. As tho best substitute for an official statement, an article from the New Zealand Times of March 11th, describing the operations of the Public Works Department to the end of 1874, is appended.<br><br>The following extract from a letter dated June 8th, 1875, written by the Hon. E. Richardson, tho Minster for Public Works in New Zealand, briefly describes the then condition of the principal railways: - "The line from Auckland to Mercer, forty-six miles, is open; also that from Invercargill to Mutaura, forty miles; also Christchurch to Rangitata, seventy miles; seventeen miles of the Win ton line nearly ready; Dunedin to Clutha, fifty-two miles, next month.