Omniana the Autobiography of an Irish Octogenarian 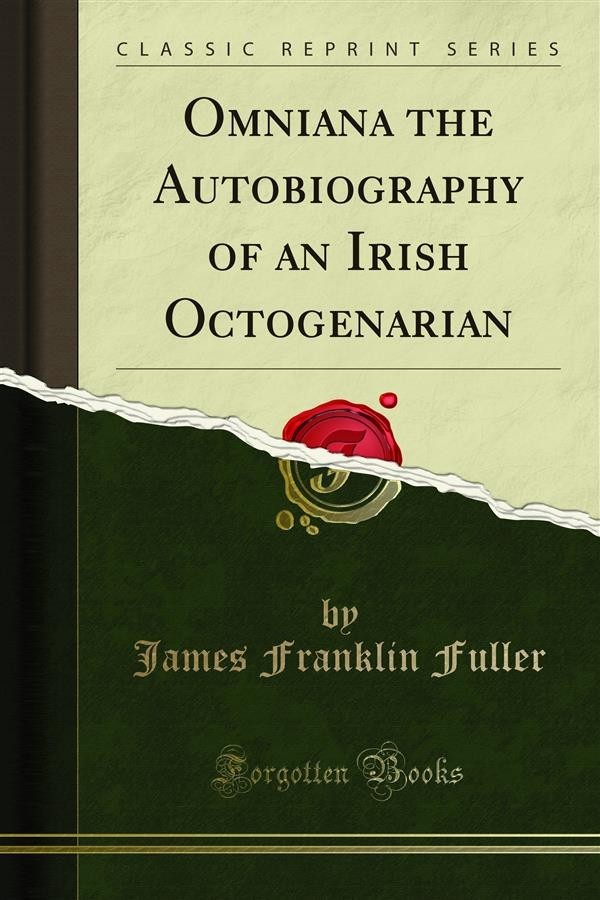 Omniana the Autobiography of an Irish Octogenarian

I cannot do better than turn to the work of another autobiographer, Benvenuto Cellini. He lays it down as a duty incumbent on upright and credible men [to which fraternity I may lay claim to belong] Of all ranks, to record, in their own writing, the events of their lives, with the added injunction that they should not commence this honourable task till they have passed their fortieth year. His record ceased at the age of sixty-six: I commence mine at a period which is double the limit of the danger zone laid down by him. He goes on to say, In work like this, there Will always be found occasion for natural bragging. The fact is that a man should let others know if he draws his lineage from persons Of worth and very ancient origin. Here Cellini gives a good lead, and I am pretty safe in following it, and indulging in a little of this natural bragging which is congenial.