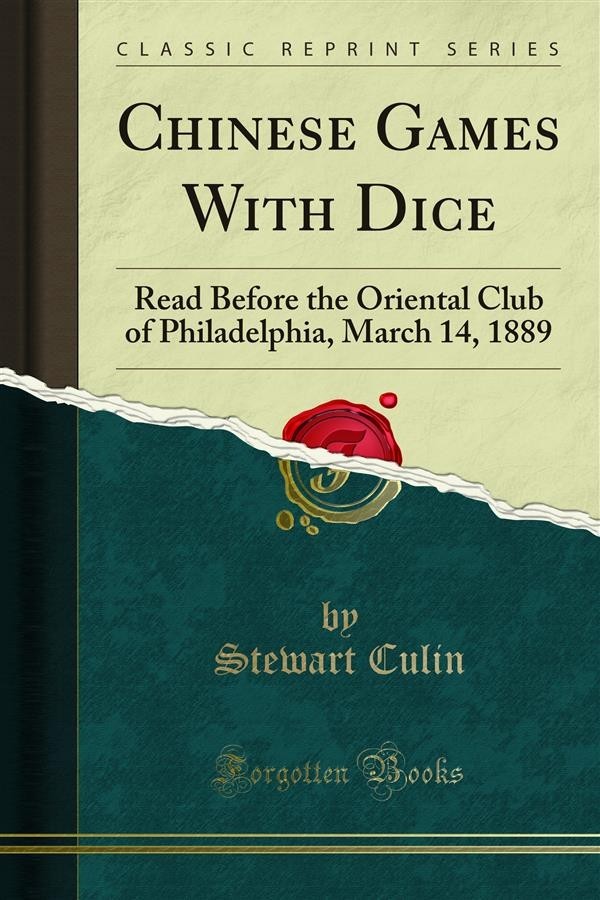 This paper is intended as the first of a series on Chinese games, to be continued by similar accounts of dominoes, playing cards, and chess. The games described in it, as in those intended to follow it, are chiefly those of the Chinese laborers in America, a limitation found as acceptable as it is necessary, since even among these people who all come from a comparatively small area, there exist variations in their methods of gambling, as well as in the terminology of their games. The latter is largely made up of slang and colloquial words, and presents many difficulties. The gamblers are usually the most ignorant class, and those most familiar with, the games are often least able to furnish correct Chinese transcriptions of the terms employed in them, and literal translations of these, even when obtained, are misleading.<br><br>My thanks are due to Mr. C. H. Kajiwara, of Tokio, for translations of the Japanese texts, and to Li ch'un shan, Sin shang, of Hohshan, for valued information about the Game of Promotion.