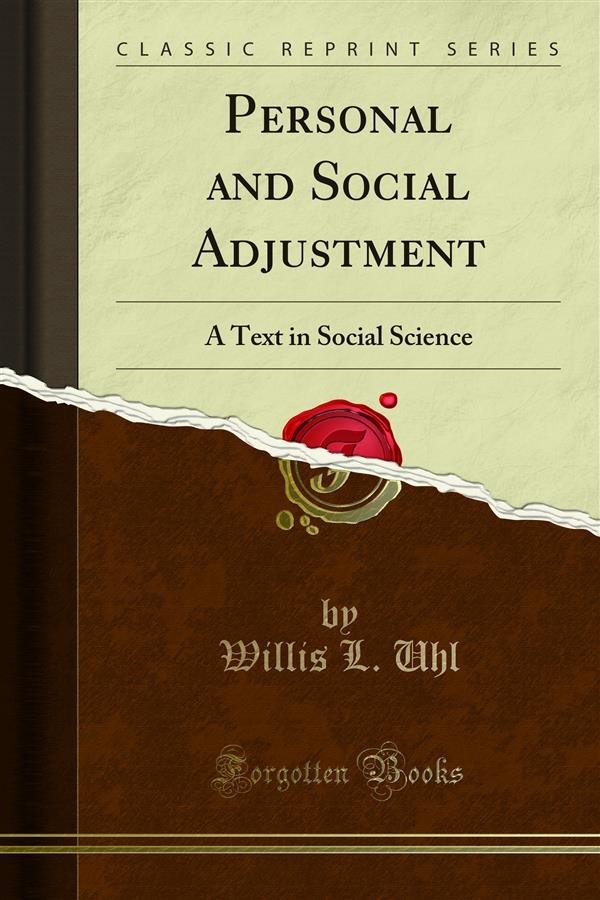 Citizens and future citizens of America require guidance along the new highway of social responsibility. Travelers on this highway are entering a land blessed with a new social climate - new social forces, new social duties. The pattern of national life by which America was fashioned was once a vision. Citizens and future citizens are engaged in the glorious labor of turning that vision into reality.<br><br>Personal and Social Adjustment, as here presented, accords with the conviction that social knowledge and attitudes are the product not of nations or states as entities, but of individuals working together. Personal and social adjustment is the chief issue of human living. The general recognition of the truth of this observation is in striking contrast with the general neglect of systematic study of such adjustment. Indeed critics have remarked, deploringly rather than cynically, that schools offer everything save that which is most needed and which pupils most earnestly wish to study.<br><br>This volume presents material drawn from various divisions of social studies. It has been prepared with a single purpose, that of providing basic knowledge and principles of personal and social adjustment, stated in language that can be understood readily. The authors have written on the assumption that the real bases of social science are to be found in man's great interest in his own doings and in those of others, and not in the dead framework of a structural sociology.