Studies in Pharisaism and the Gospels 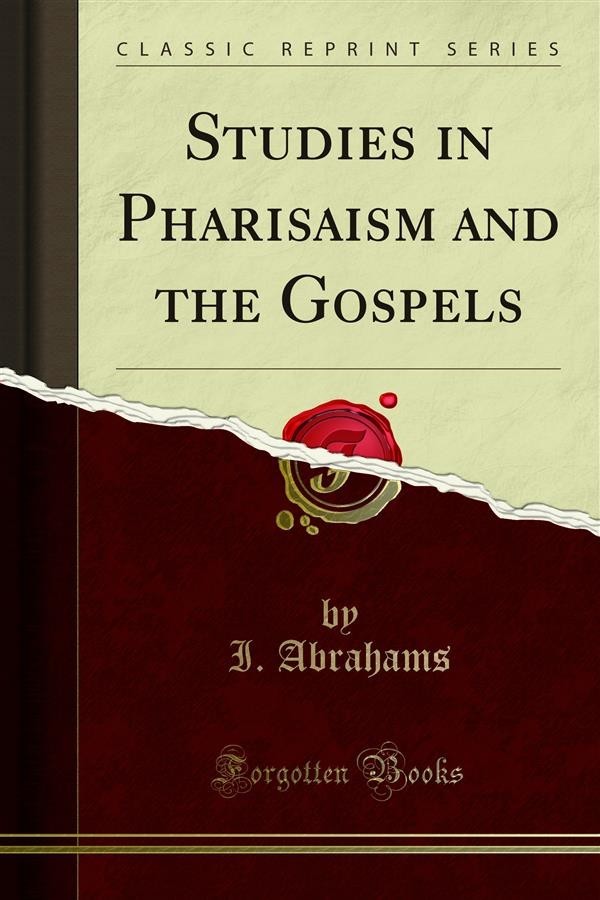 Studies in Pharisaism and the Gospels

Moreover, some of the Chapters in the present book, though possibly they might pass as exegetical comments, are quite inadequate as essays. It must be remembered that it was purposed to supplement several of these Notes by further Notes on other aspects of the same problems as they presented themselves in the course of the Synoptic narratives. The author is not without hope that he may be able before long to issue a second series of Studies in which some of the omissions are rectified. In point of fact several Studies on other matters are practically written, and others definitely planned. Among the subjects to be discussed in this second Series would be: certain aspects of "Life under the Law," the "Yoke of the Commandments," "Ritual Purity," the "Traditions of the Elders," the "Last Supper," "Rabbinic Conceptions of Sacrifice and Prayer," the "Trial of Jesus," the "Am Ha-ares," the "Two Ways," the "Psychology and Liturgy of Confession," and above all the "Kingdom of God," "Pharisaic Eschatology," and the "Jewish Apocalypses."<br><br>This being the case, I have deferred for a later occasion any general appreciation of the Gospel teachings. Nor do I think it necessary to justify at any length the intrusion of a Jewish student into the discussion of the Synoptic problem. Mr Montefiore, as is admitted on all hands, rendered a conspicuous service both to Jewish and Christian scholars by his frank and masterly examination of the Gospels from a professedly Jewish stand-point. Undoubtedly a (though not the real Synoptic problem is: how to hold the balance truly between the teaching of Jesus on the one hand and of Pharisaic Judaism on the other. Obviously, then, Jewish students have both the right and the duty to attempt a contribution to this balanced judgment. Apart from the fact that their studies in Pharisaic literature are inevitably more intimate, there is another very important consideration. Pharisaism was not a mere historical phase; it has remained a vital force, it has gone on without a moments break from the centuries before the Christian era to the twentieth century of that era.