The Philosophy of Herbert Spencer 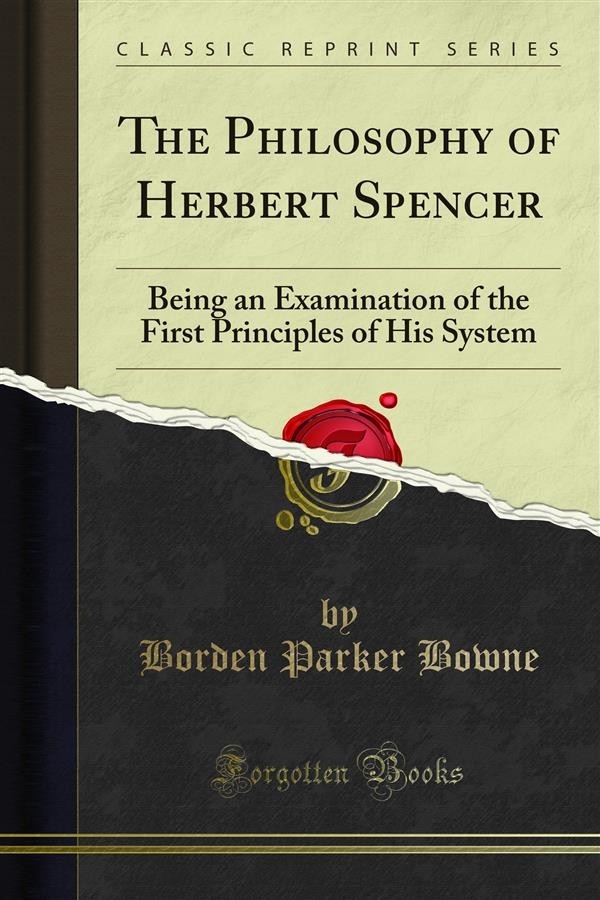 The Philosophy of Herbert Spencer

Several essays which lately appeared in the New Englander. They have been ex tended somewhat, and, for the sake of greater unity than essays which were at first inde pendent of each other could have, their form has also been altered. I have quoted copi ously from Mr. Spencer for two reasons First, no candid writer, whose purpose is as controversial as mine, will trust himself to represent his opponent's doctrine without the check, both of exact quotation and exact reference; and, secondly, because so contra dictory and absurd are some of 'mr. Spencer's positions, that my unsupported statements about them would not be believed. Mr. Spencer claims to seek for truth. I.