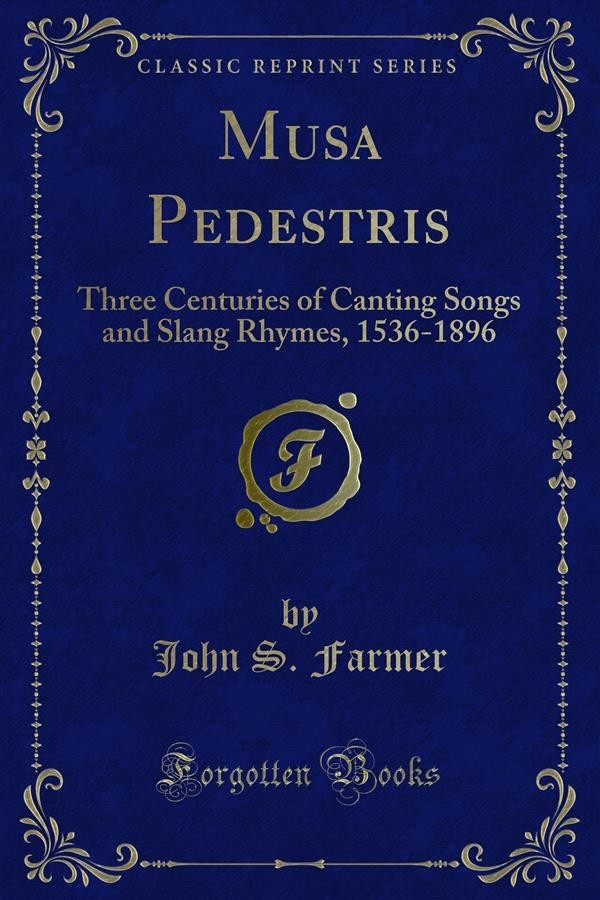 When Harrison Ainsworth, in his preface to Rookwood, claimed to be "the first to write a purely flash song" he was very wide of the mark. As a matter of fact, "Nix my doll, pals, fake away!" had been anticipated, in its treatment of canting phraseology, by nearly three centuries, and subsequently, by authors whose names stand high, in other respects, in English literature.<br><br>The mistake, however, was not altogether unpardonable; few, indeed, would have even guessed that the appearance of utter neglect which surrounded the use of Cant and Slang in English song, ballad, or verse - its rich and racy character notwithstanding - was anything but of the surface. The chanson d'argot of France and the romance di germania of Spain, not to mention other forms of the Musa Pedestris had long held popular sway, but there was to all appearance nothing to correspond with them on this side the silver streak.