Unique Traditions Chiefly of the West and South of Scotland 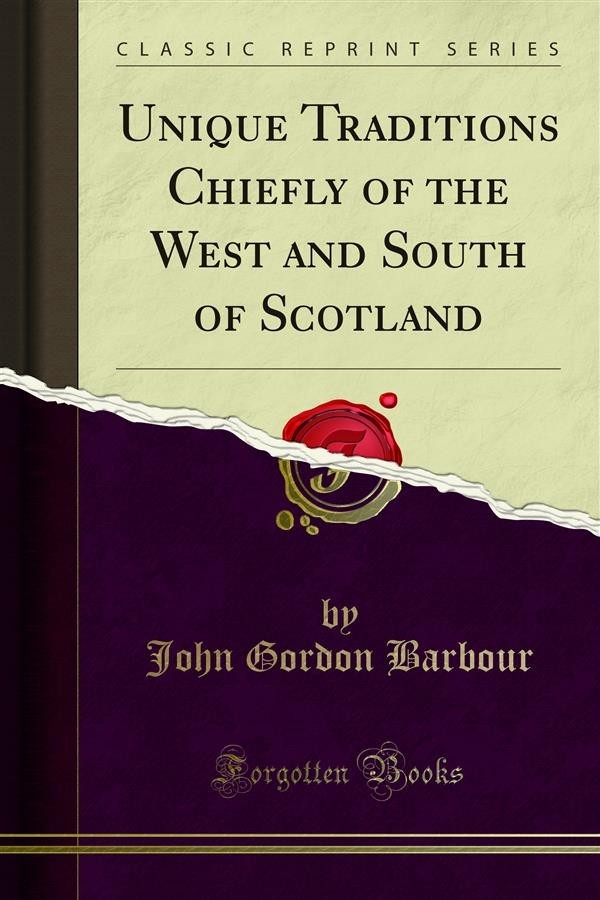 Unique Traditions Chiefly of the West and South of Scotland

Notwithstanding of the many olden Tales and Traditions which Sir Walter Scott hath interwoven or episoded with the mass of his Scottish novels; and notwithstanding all that the Ettrick Shepherd hath done; and notwithstanding all that Allan Cunningham hath done - there still remains some traditions, and legends, among the Lowland or half Highland Scots, which deserve to be reduced to writing. With regard to the North Highlands, I say nothing; there be lingering there at the present period a thousand and one romantic tales and traditions, which have been handed down for five hundred years, and which will likely be dear to the grandson descendants of the present generation. But among the mountains of Athole, among the lakes of Breadalbane, by the banks of the Teith, the Clyde, the Nith, the Cree, the Dee, the Clouden, and the Ken, yet linger some legends and traditions most meriting of being preserved. To collect and to record only a part of these forms the purpose of the present volume.<br><br>The Tales of Demonology, Elfinism, and Witchcraft, shall not seem throng in this collection.