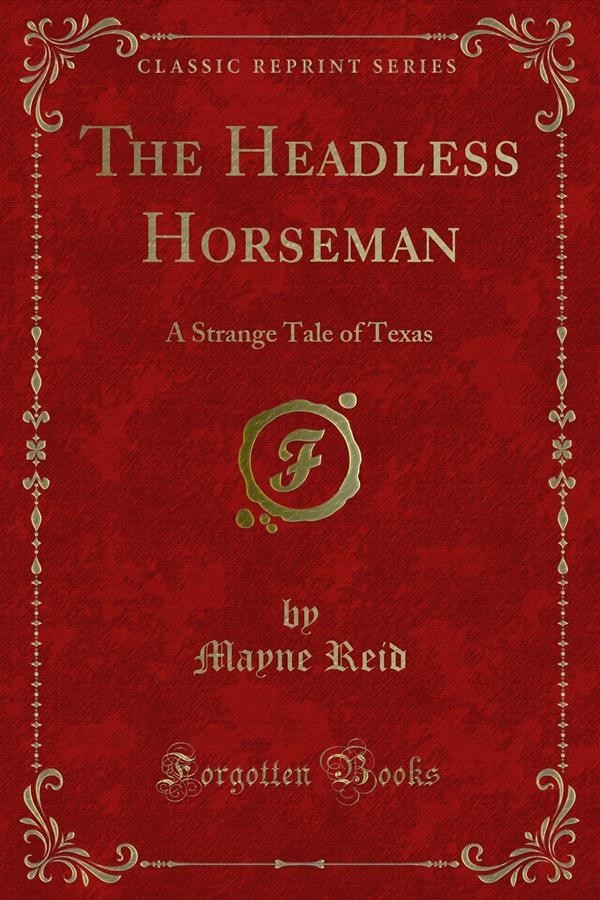 The stag of Texas, reclining in midnight lair, is startled from his slumbers by the hoofstroke of a horse.<br><br>He does not forsake his covert, nor yet rise to his feet. His domain is shared by the wild steeds of the savannah, given to nocturnal straying. He only uprears his head; and, with antlers o'ertopping the tall grass, listens for a repetition of the sound.<br><br>Again is the hoofstroke heard, but with altered intonation. There is a ring of metal - the clinking of steel against stone.<br><br>The sound, significant to the ear of the stag, causes a quick change in his air and attitude. Springing clear of his couch, and bounding a score of yards across the prairie, he pauses to look back upon the disturber of his dreams.<br><br>In the clear moonlight of a southern sky, he recognizes the most ruthless of his enemies - man. One is approaching upon, horseback.<br><br>Yielding to instinctive dread, he is about to resume his flight: when something in the appearance of the horseman - some unnatural seeming - holds him transfixed to the spot.<br><br>With haunches in quivering contact with the sward, and frontlet faced to the rear, he continues to gaze - his largo brown eyes straining upon the intruder in a mingled expression of fear and bewilderment.<br><br>What has challenged the stag to such protracted scrutiny?<br><br>The horse is perfect in all its parts - a splendid steed, saddled, bridled, and otherwise completely caparisoned. In it there appears nothing amiss - nothing to produce either wonder or alarm. But the man - the rider? Ah! About him there is something to cause both - something weird - something wanting!<br><br>By heavens! It is the head!<br><br>Even the unreasoning animal can perceive this; and, after gazing a moment with wildered eyes - wondering what abnormal monster thus mocks its cervine intelligence - terror-stricken it continues its retreat; nor again pauses, till it has plunged through the waters of the Leona, and placed the current of the stream between itself and the ghastly intruder.