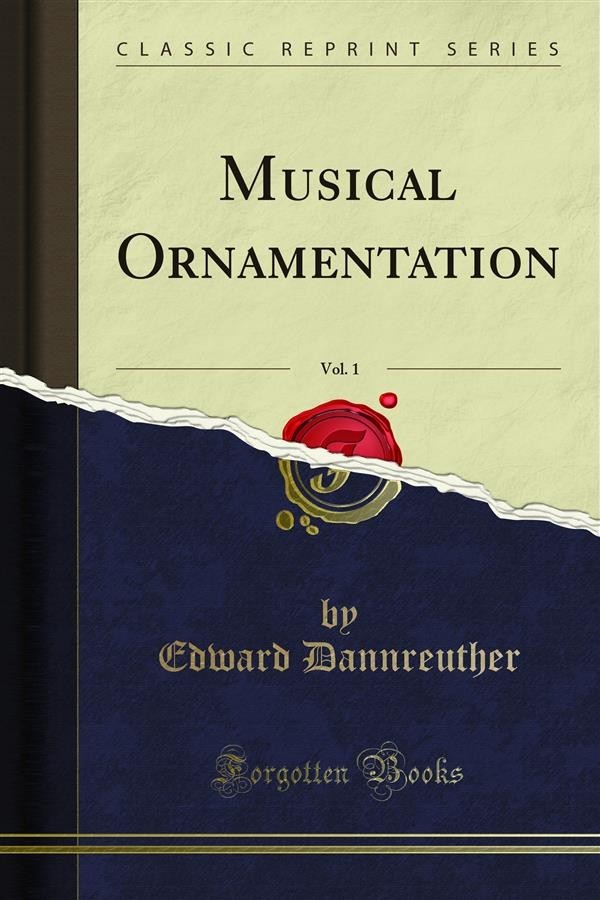 This materials for this little book on Musical Ornamentation are arranged in quasi-chronological order. Thus they serve for a general survey as well as for a special study of ornaments. Care has been taken to make each detail intelligible. But there are so many details, and the subject is so full of seeming contradiction, that the explanations and modifying comments of a competent master may be required, if anything practically worth having is to be derived from some of the information given.<br><br>Up to Beethoven, many important points in the execution of music were matters of tradition. Tempo, for instance; pitch, in vocal music a capella; gradations of piano and forte; the way to play accompaniments from a figured bass; "Diminutions," "Divisions," and the way to render certain embellishments in both vocal and instrumental music; all were left, more or less, to the discretion of the executants.<br><br>Questions of taste and style have ever been decided by an appeal to tradition and the example of approved singers and players; a sufficient appeal no doubt, so long as it is made by one generation of artists to the practice of their immediate forefathers, but rather vague and puzzling after the lapse of a century or so.<br><br>In the case of practical musicians there has always been a tendency to deviate from once accepted traditions; and even when they are theoretically followed, they are frequently found to be incomplete or perverted.<br><br>Hence the importance of a historical survey and a comparison of materials. If, by dint of studying the various kinds of ornaments and embellishments at first hand, we are fortunate enough to attain some measure of success in tracing the links from one phase of expression to another, much is gained. We may thus arrive at a better notion of technique in times past, may be brought into closer sympathy with the instincts of older composers for time and tone, and may hope to reach something like a correct execution of their music.<br><br>No one will care to advocate the revival of a host of obsolete curlicues and twirligigs, or the resuscitation of a habit of improvising facile variantes or running into division. Divisions and graces have had their day and have served their purpose. They are interesting, however, and we ought at least to understand them.<br><br>But we shall not understand them from the usual instruction books, because the writers, both old and comparatively new, have taken more pains to show up what they deem bad practice and hold to be reprehensible, than to expound what they believe to be good and right, and to teach it by clear precept and example.<br><br>The books contain an abundance of so-called "Explanations" concerning the execution of graces, and a deplorable paucity of special examples - examples in which the signs for graces are given together with the context, and the execution is written out in full.<br><br>The tables of signs and explanations, which a little before and during the eighteenth century formed the usual adjuncts to printed copies of Pieces de Clavecin, Lessons for the Harpsichord, &c., are difficult to deal with owing to their discrepancy and their occasional and apparently arbitrary substitution of one sign for another.<br><br>If one attempts to apply the explanation of an ornament given by this or that composer to contemporary music or even to music of his own, a number of puzzling questions as to practice arise, towards which the tables, just because they are tables - that is to say, abstracts - fail to furnish a sufficient answer. Some such questions are: Is the ornament diatonic, or does it require an accidental? Does it fall on the beat of the main note, as usual, or can it be meant to precede the main note? Is it quick or slow? If slow, in what relation does it stand to the main note - what proportion of the main note does it occupy? Which has the stress - the ornament or the main note?