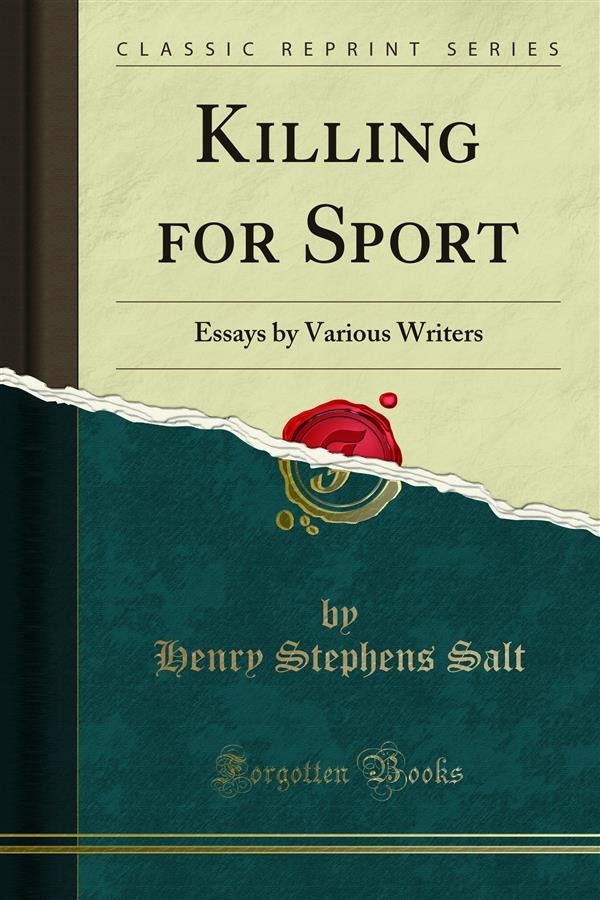 During the past twenty-five years, chiefly owing to the action of the Humanitarian League in giving continuity to what had previously been only an occasional protest, the subject of certain cruel pastimes, called by the name of "sports," has attracted a large share of public attention. The position of the League as regards the whole question of "sport" - i.e., the diversions and amusements of the people - is this, that while heartily approving all such fair and manly recreations as cricket, rowing, football, cycling, the drag-hunt, etc., it would place in an altogether different category what may be called "blood-sports" - i.e., those amusements which involve the death or torture of sentient beings.