What Sinn Fein Stands For 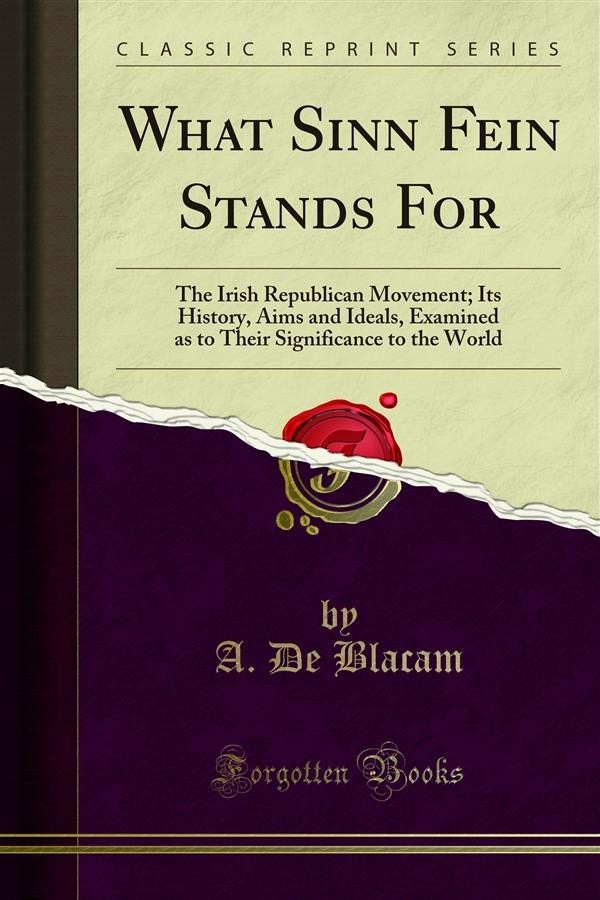 What Sinn Fein Stands For

Anything worth saying on this subject can be said in a few words. What Sinn Fein has been seeking is a place for Ireland in the comity of nations such as is proper to a nation possessing a history and a culture of her own. I Ireland cannot accept as a settlement any arrangement which denies her the national status enjoyed by France and Italy. It is inconsistent with her dignity to be reduced to a mere Colony or dominion; and what is more important than any question of dignity, she cannot with any regard to safety cease from her struggle for independence. Sinn Fein's cause, thus, has a two-fold character. Lin the first place, Sinn Fein requires for Ireland all the means of consummating nationhood, and in the second place it requires safeguards against the violence and exploitation that Ireland has suffered in the past. At the Council of Constance in the 15th century it was pointed out that Ireland was one of the four primal Empires of Europe, the other three being Rome, Constantinople and Spain. Ireland has never surrendered national status, and has never abated her national ambition.