The Private Papers of Henry Ryecroft 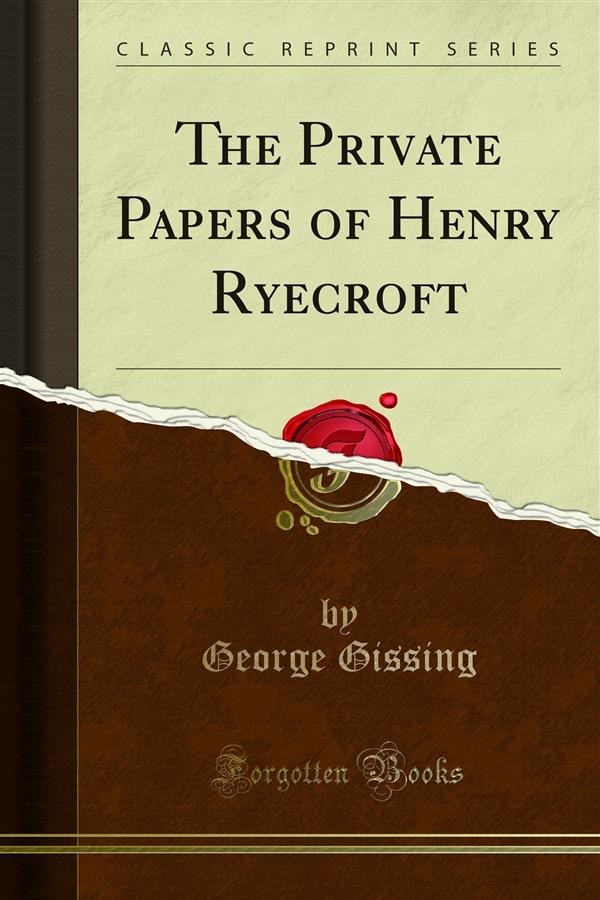 The Private Papers of Henry Ryecroft

The name of Henry Ryecroft never became familiar to what is called the reading public. A year ago obituary paragraphs in the literary papers gave such account of him as was thought needful: the date and place of his birth, the names of certain books he had written, an allusion to his work in the periodicals, the manner of his death. At the time it sufficed. Even those few who knew the man, and in a measure understood him, must have felt that his name called for no further celebration; like other mortals, he had lived and laboured; like other mortals, he had entered into his rest. To me, however, fell the duty of examining Ryecroft's papers; and having, in the exercise of my discretion, decided to print this little volume, I feel that it requires a word or two of biographical complement, just so much personal detail as may point the significance of the self-revelation here made.<br><br>When first I knew him, Ryecroft had reached his fortieth year; for twenty years he had lived by the pen. He was a struggling man, beset by poverty and other circumstances very unpropitious to mental work. Many forms of literature had he tried; in none had he been conspicuously successful; yet now and then he had managed to earn a little more money than his actual needs demanded, and thus was enabled to see something of foreign countries.