Dixie Cookery; Or How I Managed My Table for Twelve Years 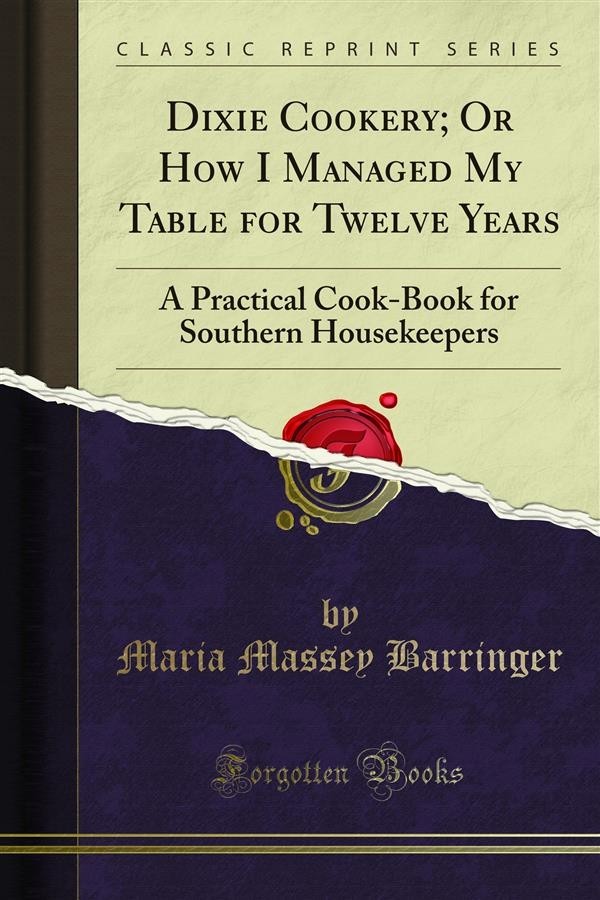 Dixie Cookery; Or How I Managed My Table for Twelve Years

There is a very mistaken notion at the North and West, about the domestic life of Southerners, Southern women especially.<br><br>The common idea is, that we are entirely destitute of practical knowledge of household affairs. This is a great mistake. The contrary is true.<br><br>A Southern woman must know how to prepare any dish, for she finds no cooks made to order; they must be of her own training, in the minutest particulars of every department.<br><br>Northern housekeepers, in all the large towns and cities, do not have to depend on their own skill for the delicacies of every description that make up the dainties of the table, but we Southern housewives, even in our larger towns and cities, all do; and Northern visitors stand aghast at the amount of labor summoned up in the filling of our store-rooms, and it is difficult to convince them that we trust these preparations to no one else.<br><br>I found every cook-book I took up so deficient in economy, that I determined to make one for my own guidance, - the best method of enriching a larder, as well as of insuring success.<br><br>Hence, the exactness of measures given. My book is entirely practical, - nothing else. It contains no theoretic dissertations on the culinary art, but is made up of Receipts which have been my daily assistants for twelve years, in the management of my house, and the preparation of various dishes served for large and small companies.