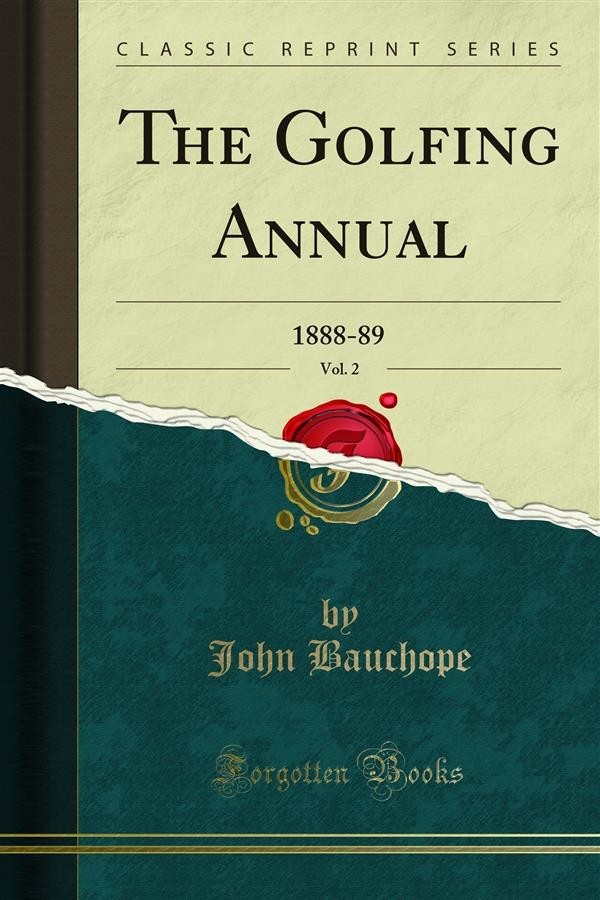 It was intended by the late C. Robertson Bauchope, original Editor of The Golfing Annual, that the present volume should be published early in the year; but - although much of the matter had been collected, and a fair start had been made with the printing - his sudden death interrupted the work, and threw back the date of publication.<br><br>While following the same general plan as in last years issue, it has been my object in taking up the work of my late brother to introduce, if possible, a few improvements.<br><br>The plans of links have been enlarged, and made so distinct as to be of real practical use to the golfer. The Club Directory has been considerably extended, and now embraces particulars of over 230 clubs; and, in all cases where it has been considered necessary, information is given as to trains, distance of greens from railway stations, means of conveyance, and accommodation for golfers.<br><br>My warmest thanks are due to club secretaries for their readiness to supply all necessary particulars; to contributors for their share in making the work attractive; and to Mr. J. Talbot Sharpe for his valuable assistance in preparing the work for the press.