The Princess Tarakanova a Dark Chapter of Russian History 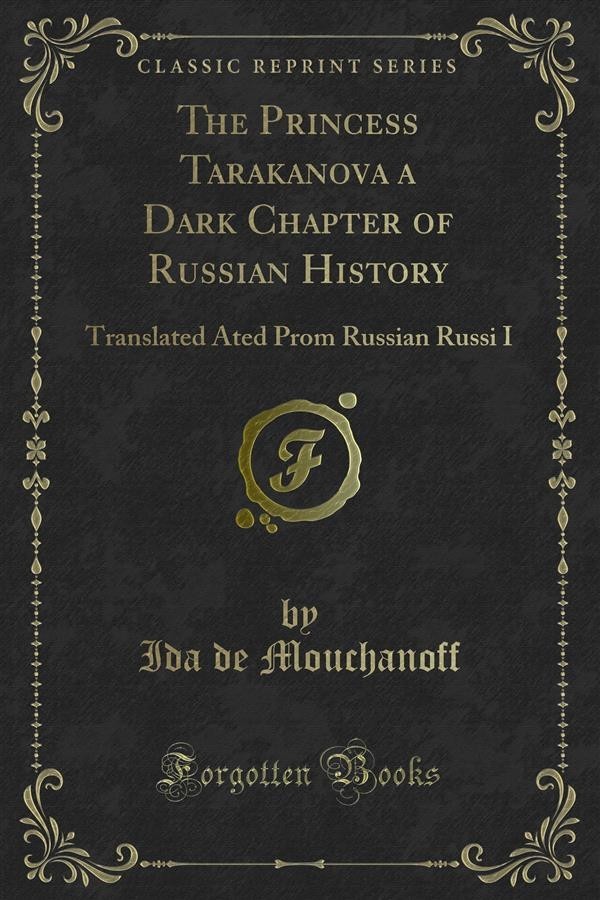 The Princess Tarakanova a Dark Chapter of Russian History

Gregory Petrovitch Danilevski was born at Danilovki, an estate in the government of Kharkov, on April 14th, 1829. He died last winter at St. Petersburg, on December 6th. His childhood over - it was spent partly on the estate of his grandfather, near Dontsov, partly on the estate of Petrovski - he became a student first of the Muscovite Institute for the nobility, afterwards of the University of St. Petersburg, leaving the latter, in 1850, as graduate in jurisprudence. In 1848, during his studentship, he was presented, with a silver medal at the meeting of the Philological Institute for his composition on Poushkin and Kriloff.<br><br>From 1850 to 1857 he served in the ministry of public instruction, at first under Noroff, afterwards under Prince Viazimski.