A History of Psychology 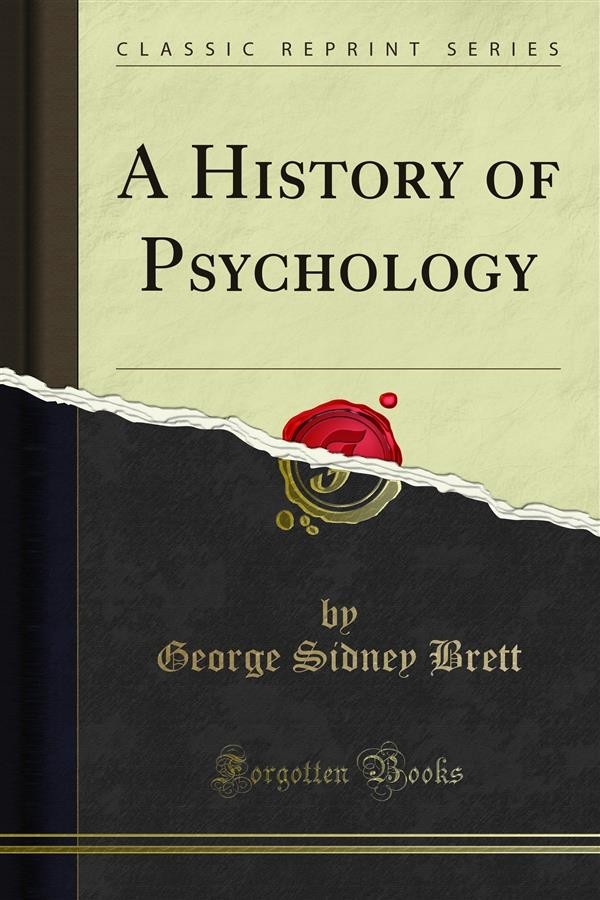 A History of Psychology

The development of psychological theory is intimately connected with the development of philosophy. This is perhaps the reason why there have been comparatively few attempts to write an independent account of this department of knowledge, and those few are defective in method and execution. Those who have undertaken to treat ancient psychology have, in many cases, used the term psychology to cover what properly belongs either to general philosophy or to metaphysics, a fault very obvious in the otherwise admirable labours of Chaignet, for example. Excluding the psychological parts of histories of philosophy and those accounts of the development of psychology which include ethical, metaphysical, and logical subjects, the only genuine history of psychology known to me is the work of Siebeck. Praise of this work is now superfluous; for a quarter of a century it has remained unrivalled in excellence of method, in learning, and in sound judgment; every writer has owed to it a debt of gratitude, and none more than myself.<br><br>As the charge of irrelevance has been brought against other works on psychology, it is perhaps necessary to explain the presence in these pages of material that cannot be called psychology in the strict sense of that term. The inadequacy of the term has been noticed elsewhere (pp. 4-5), but no other single word seemed less inadequate, and the inclusion of alien matter can best be defended by stating what that term is here meant to signify.