Political Economy, and the Philosophy of Government 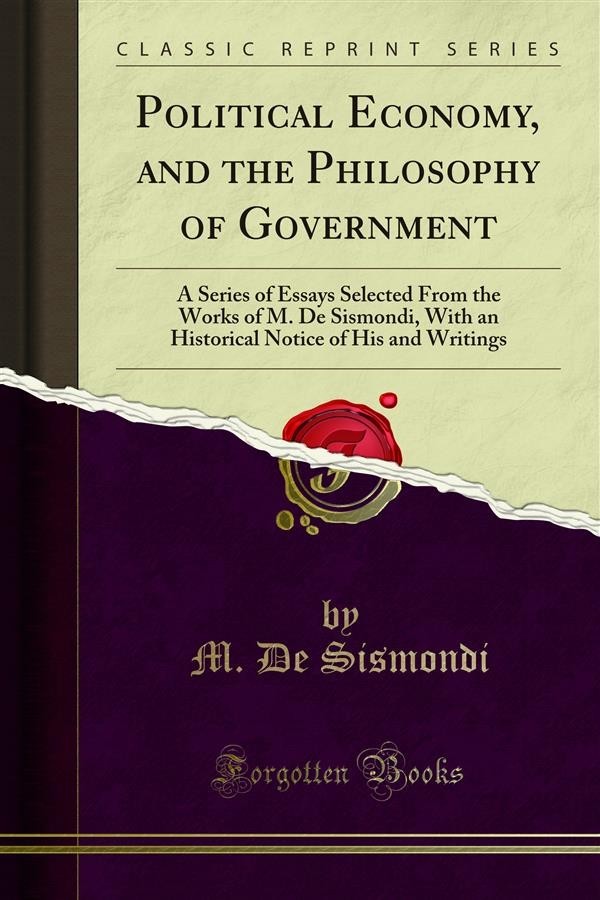 Political Economy, and the Philosophy of Government

Most of the following Essays were originally published in a French periodical. Enlarged, and in some respects differently arranged, but with no alterations that materially affect the general views, they form, with several other essays written at different times on similar subjects, part of one of M. de Sismondi's latest works, "Etudes sur les Sciences Societies."<br><br>The form in which these Essays first appeared, it was thought would be more popular and more likely to attract the attention of the English reader than the three large volumes of which that work consists, and would give, at the same time, a correct view of M. de Sismondi's opinions on the subjects of Political Economy and the theory of Government. The translator hopes, however, that these selections may lead to a more extensive acquaintance with that valuable and interesting work.<br><br>The Introduction to the Essays on the first of these subjects, and the Essay on Constitutional Monarchy, which seemed necessary to complete the series of those on the last, have been added from the Eludes sur les Sciences Sociales.<br><br>The translator has been so fortunate as to obtain some extracts from the private letters and journals of M. de Sismondi, which are added at the end of the work.