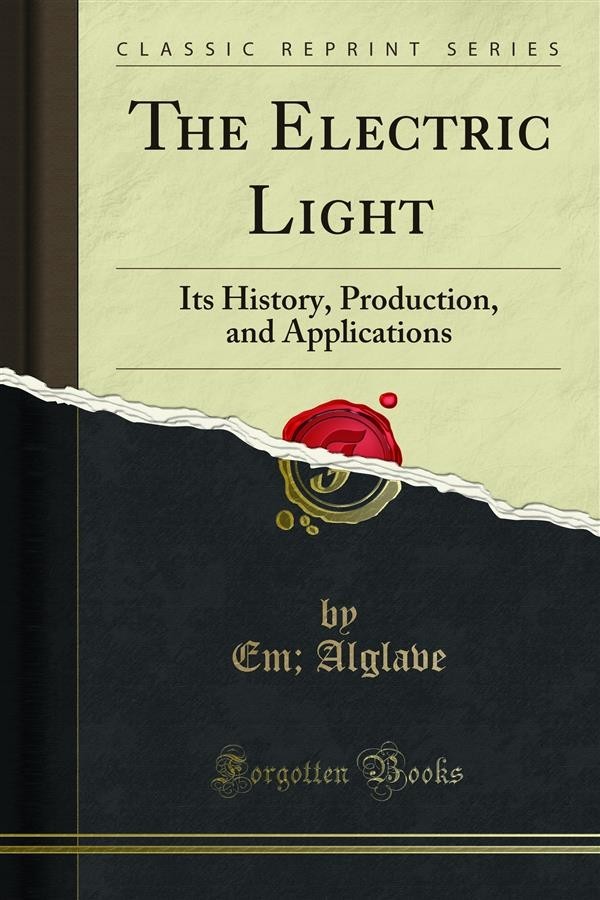 Though there are already a number of popular expositions of the subject of electric lighting, the work of Messrs. Alglave and Boulard has been thought to have sufficiently distinctive merits to warrant its introduction to the English-reading public.<br><br>While not pretending to be an exhaustive presentation of the subject, the exposition will be found to be sufficiently full to enable the reader to understand the essential features of present electric-lighting apparatus, and to appreciate the character of the problems which had to be solved before this method of illumination could enter upon an industrial career.<br><br>In adding to the work of the authors I have made no attempt to introduce either all of the lamps and machines which have been devised, or even all of those which have passed into actual use. The additions of this kind which have been made are either later forms of the apparatus described by the authors, or those which have distinctive features of interest of their own. The chief additions which I have thought it desirable to make relate to the general aspects of the subject, rather than to special forms of apparatus. Changes have been found necessary throughout the text, either in correction of erroneous statements, or in amplification of insufficient ones, but these are in all cases inclosed in brackets, as are the additional chapters and sections, and the notes.