The Life and Letters of Robert G. Ingersoll 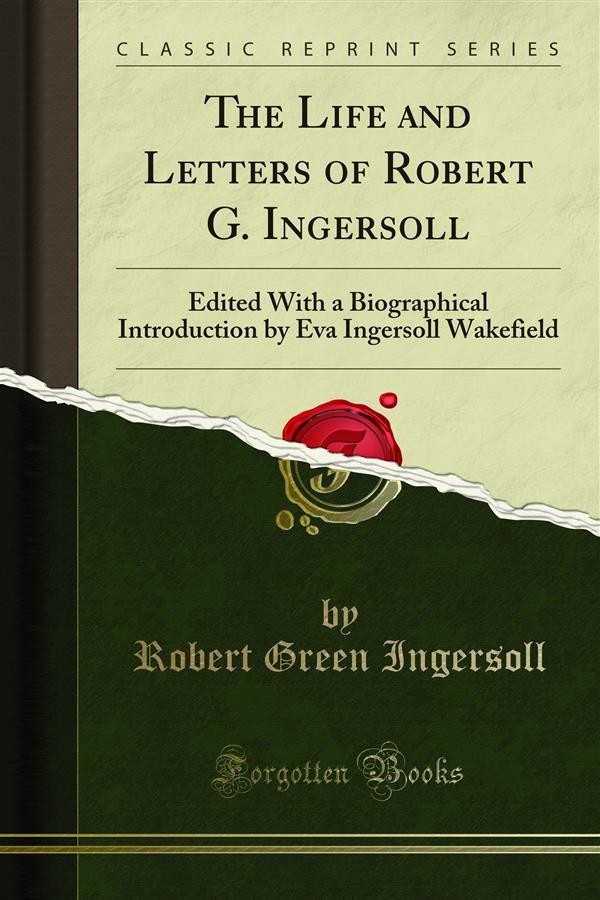 The Life and Letters of Robert G. Ingersoll

I have tried as editor of this book to present an informal but revealing portrayal of the man Ingersoll—his personality, ideas, interests, life-work, and influence—through the medium of some of his characteristic personal letters. The vast majority of the letters I obtained through the two daughters of Colonel Ingersoll, Eva Ingersoll Brown (my mother) and Maud Ingersoll, who were thoughtful and foresighted enough to copy before mailing many of the letters which their father wrote at home. Some letters were available through the files of Ingersoll's law office. A few were secured by means of requests for Ingersoll letters in various newspapers and journals. A few more were sent to me by old admirers, acquaintances, and friends of the Colonel. A number of valuable letters were quoted by permission of Doubleday & Company, publishers, from With Walt Whitman in Camden, edited by Horace Traubcl; several were graciously contributed by Mrs. Harry Houdini, from her late husband's collection of Ingersolliana. All the letters written to Dr. John Livingston Ingersoll form a part of the large and important Ingersoll collection in the Illinois State Historical Library, at Springfield, Illinois, and cordial appreciation is hereby extended to this Library for its generous co-operation. Much of the original material that has gone into this book was donated to the Library of Congress in Washington, D.C., by the Editor and her brother, Robert Ingersoll Brown.<br><br>The Family, or Ingersoll — Husband, Father, and Friend, section of the book may well overwhelm, and even antagonize, many a modem reader who is conditioned to looking down his nose at any expressions of human affection and tenderness. Love has long been out of fashion in literature, and biographies nowadays arc seldom written out of love for their subjects. While this Editor is quite unashamedly in love with her subject, she has at the same time tried to keep herself within bounds.