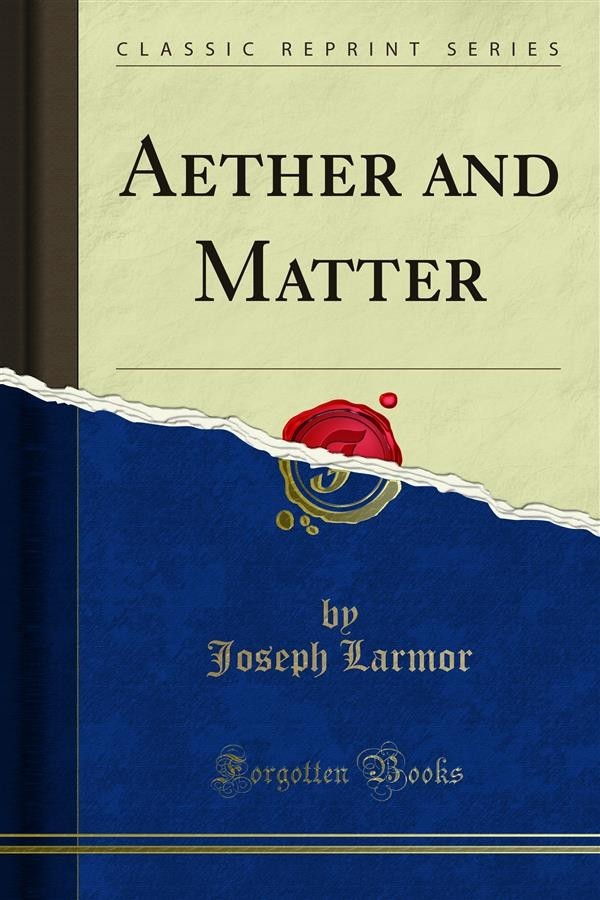 The following Essay was originally undertaken mainly as a contribution towards the systematic theoretical development of the standpoint which considers electricity, as well as matter, to be constituted on an atomic basis.<br><br>This is, as regards its general idea, no recent hypothesis. Within ten years of the publication of the fundamental discoveries of Volta, in the year 1800, which first revealed the existence of permanent electric currents, Sir Humphry Davy had been led to maintain the proposition that "chemical and electrical attractions were produced by the same causes, acting in the one case on particles and in the other on masses," as the outcome of the researches on electro-chemistry which are recorded in his earlier Bakerian Lectures: and a little later the foundation for a complete system of chemistry was sought by Berzelius in a distinction between electro-positive and electro-negative atoms.