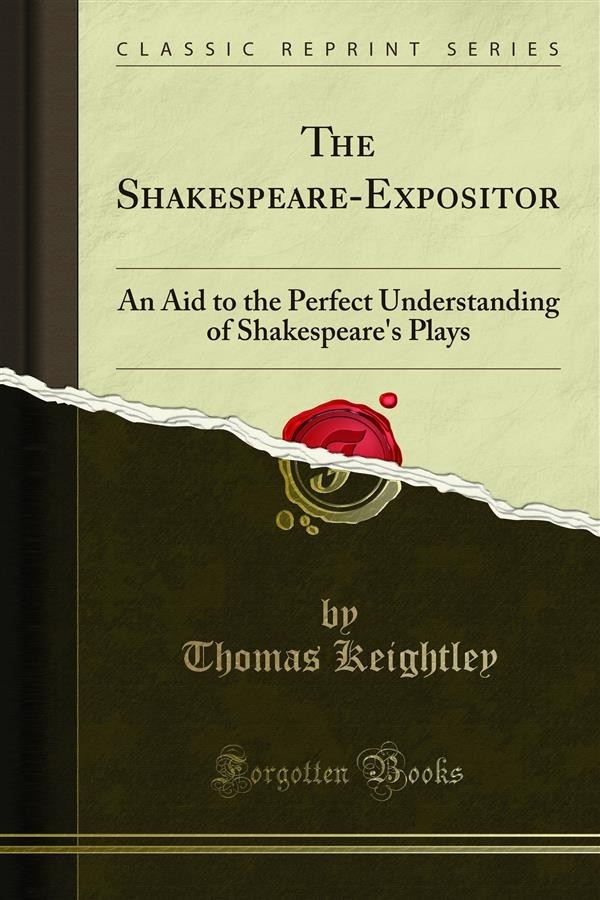 The object of this volume is to form a manual for tho use chiefly of those who, not being possessed of a voluminous annotated edition, are fain to content themselves with the simple text. But even those who have a perfect Shakespeare library cannot well dispense with it; for my original corrections, which are very numerous, are nowhere else to be found.<br><br>It was originally intended to form the complement to my Edition of the Plays, and as such I had announced its immediate appearance. Why it did not appear has been explained in Notes and Queries (3 S. vii. 175), and the statement there made was incontrovertible; for it was the simple truth. The delay, however, has been no injury, but rather a benefit to it. Its relation to the Edition now is that, while it is perfectly independent and suited to any edition, the Edition without it is somewhat like what a Euclid would be without diagrams or demonstrations, as the reader will meet with numerous alterations of the text, and be quite ignorant of how or why they were made. Moreover the errors and oversights which escaped me in it will be found here all corrected.<br><br>To my own Edition I regard it, then, as indispensable; and if I were to mention any other to which it is peculiarly adapted, I should say that which is named the Globe; for it contains a copious and excellent Glossary — that in mine, which is not by me, is scanty — which, with the Notes and Index of this volume, will leave little unexplained.