Johann Sebastian Bach, His Work and Influence on the Music of Germany, 1685-1750 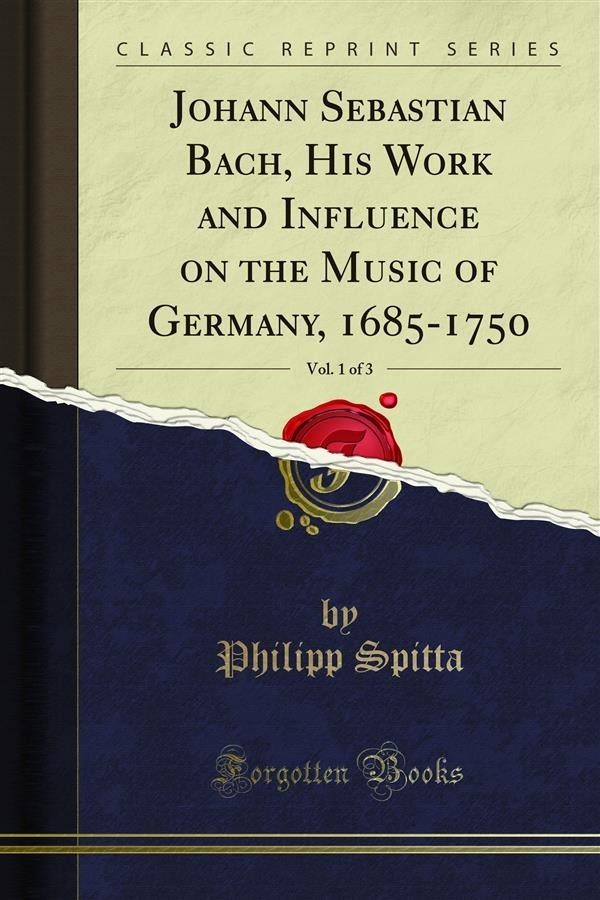 Johann Sebastian Bach, His Work and Influence on the Music of Germany, 1685-1750

Its statements would be entitled to our belief, if only from its having first seen the light at a time when Bach's memory was still fresh, and in the city where he had lived and laboured for twenty-seven years; and this is confirmed by the fact that it was compiled by Karl Philipp Emanuel Bach, the composer's second son, and by Johann Friederich Agricola, one of the most distinguished of his pupils. It is obvious that they combined for this work, because Agricola had enjoyed the benefit of Sebastian Bach's instructions at a time when his son had quitted the paternal roof, and so had personal knowledge of some circumstances which Philipp Emanuel Bach had learned only indirectly. Agricola also contributed to Jakob Adlung's Musica Mechanica Organœdi (Berlin, 1768) a number of valuable notes regarding his illustrious teacher. The simple picture of Bach's life and artistic powers which the Necrology contains, with a summary review of his compositions, has been transcribed by almost all the later biographers - so called. Thus, in the first place, Johann Adam Hiller, in his Lebensbeschreibnugen berühmter Musikgelehrten und Tonkünstler neuerer Zeit, Part I., pages 9 to 29 (Leipzig, 1784). He was followed by Ernst Ludwig Gerber, Historisch-Biographisches Lexicon der Tonkünstler, Part I., col. 86 (Leipzig, 1790), who does not seem to have known whence Hiller had derived his information. Still, even in Gerber, we here and in other places come upon original observations worthy of remark, founded on statements supplied by his father, who had been Sebastian Bach's pupil.<br><br>A curious production in the way of a biography occurs in Hirsching, Historisch-literarisches Handbuch berühmter und denkwürdiger Personen, welche im achtzehnte Jahrhundert gestorben sind, Vol. I., page 77 (Leipzig, 1794).