Shakespeare's Roman Plays and Their Background 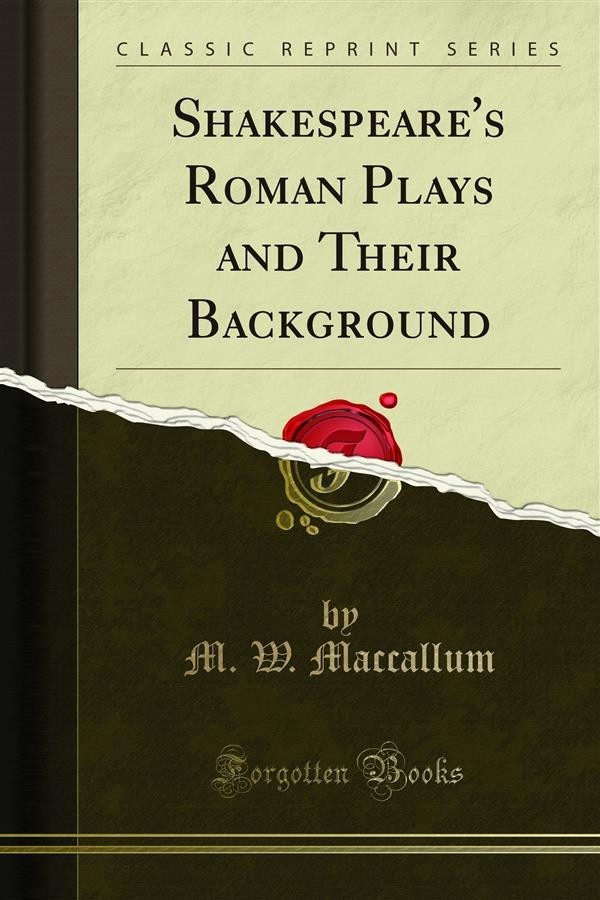 Shakespeare's Roman Plays and Their Background

Shakespeare's Roman plays may be regarded as forming a group by themselves, less because they make use of practically the same authority and deal with similar subjects, than because they follow the same method of treatment, and that method is to a great extent peculiar to themselves. They have points of contact with the English histories, they have points of contact with the free tragedies, but they are not quite on a line with either class. It seems, therefore, possible and desirable to discuss them separately.<br><br>In doing so I have tried to keep myself abreast of the literature on the subject; which is no easy task when one lives at so great a distance from European libraries, and can go home only on hurried and infrequent visits. I hope, however, that there is no serious gap in the list of authorities I have consulted.<br><br>The particular obligations of which I am conscious I have indicated in detail. I should like, however, to acknowledge how much I owe throughout to the late F. A. T. Kreyssig, to my mind one of the sanest and most suggestive expositors that Shakespeare has ever had. I am the more pleased to avow my indebtedness, that at present in Germany Kreyssig is hardly receiving the learned, and in England has never received the popular, recognition that is his due.