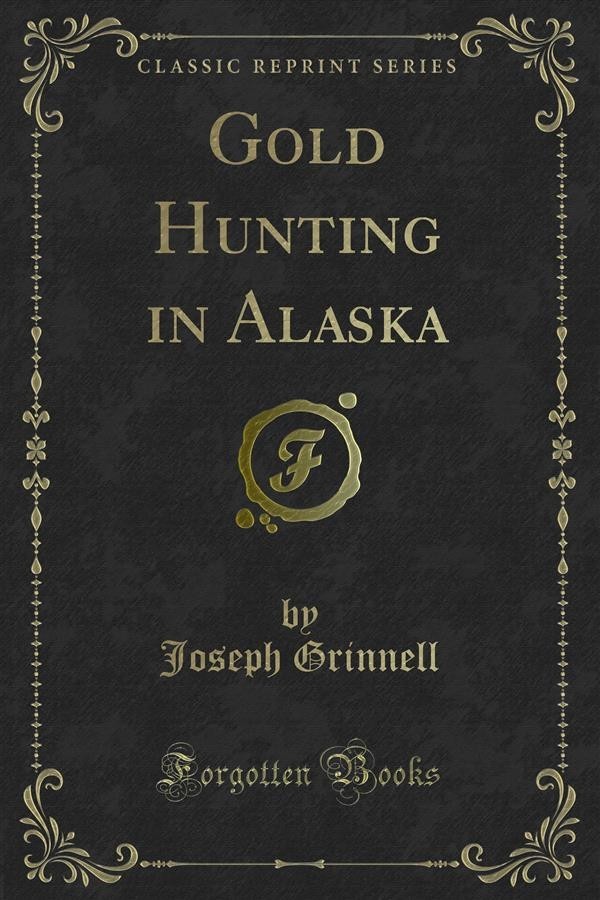 The following story was originally written in pencil on any sort of paper at hand, and intended merely for "the folks at home." It is only by a prior claim to the manuscript that the young gold-hunter's mother has obtained his consent to publish it. The diary has been changed but little, nor has much been added to make it as it stands. The narrative is true from beginning to end, including the proper names of persons and vessels and mining companies. It is offered to the David C. Cook Publishing Company with no further apologies for its sometimes boyish style of construction. It will give the reader, be he man or boy, a hint as to how a young fellow may spend his time in the long Arctic winter, or in the whole year, even though he be a disappointed gold-hunter. It may afford suggestion to mining companies continually going to Alaska as to their responsibility to each other and to the natives of the "frozen North." It may give "the folks at home" some intimation as to possible "good times" under trying circumstances. Blue fingers may not necessarily denote a blue heart.<br><br>We are a company of twenty men bound for Kotzebue Sound, Alaska. It is needless to say we are gold-hunters. In this year of our Lord 1898, men are flying northward like geese in the springtime. That not more than one of us has ever set eyes on a real, live nugget passes for nothing; we shall naturally recognize "the yellow" when we see it. It is our intention to ransack Mother Nature's storehouses, provided we can unlock or pry open the doors without losing our fingers by freezing.<br><br>Why we have selected Kotzebue Sound as the field of our maneuvers it would be difficult to give a rational reason. It may be nothing more nor less than the universal rush to the gold fields of Alaska, which rush, being infectious, attacks all grades and conditions of men. That all grades and conditions are represented in our company will be demonstrated later on, I believe.<br><br>The instigator of the Long Beach and Alaska Mining and Trading Company is an undertaker by trade, a sometime preacher by profession and practice when not otherwise engaged. His character is not at all in keeping with his trade; he is a rollicking fellow and given to much mirth.<br><br>We have also a doctor, as protection against contingencies. His name is Coffin. He and the undertaker have been bosom friends for years. The combined influences of these are sufficient to insure proper termination to our trip, if not a propitious journey. The eldest of our company is rising fifty, the youngest twenty-one. The oldest has lived long enough to be convinced that gold is the key that unlocks all earthly treasures; his sole object is the key hidden somewhere in the pockets of the great Arctic. The youngest cares little for the gold, being more concerned about certain rare birds which may cross his devious path. The most of us have never met before, but are now an incorporated mining company, like hundreds of ship's crews this year. Each intends to do his share of work and to claim his portion of the profits, if profits come.<br><br>We have a two years' outfit of every comfort possible to store away on a little schooner seventy-two by eighteen feet. Her name is "Penelope;" you can read it in plain type half a mile away. She was built for Japan waters and has never set keel in Arctic seas. There are numerous prophecies concerning her: "She will never reach her destination;" "Impossible that she is built for a stormy coast;" "You may as well make your wills before you embark." And many other cheering benedictions are tossed to the deck by friends on shore who watch us loading the freight into her hold.<br><br>We make no retort. Of what could be the use?