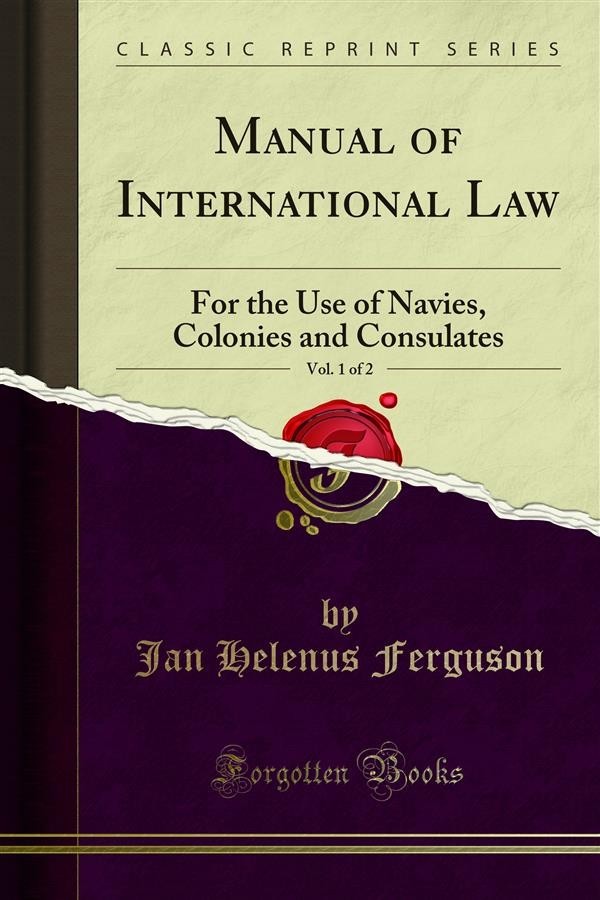 Considering the descriptive character of the title of this Manual, it will hardly appear necessary to add, by way of preface, more than a few words, and these merely to explain the general plan of the work.<br><br>In the first place, the reader will observe an attempt here made to explain the first origin of Law. The practical rules which determine legal relations amongst Nations are so intimately connected with those which determine all moral relations, that a clear comprehension of the former depends upon a careful examination of the latter. Nothing short of a careful inquiry into the bearings which moral relations have upon the legal relations existing among Nations, will enable us to trace the first origin of International Law back to its fountain source. Hence it is evident that it would be impossible satisfactorily to expound the legal rules which govern the intercourse of States without a previous investigation of the original moral substratum of those rules.<br><br>The theory of the Moral Law of Nature, as explanatory of the origin of Law, has been sketched, in its outlines at least, in Part I.