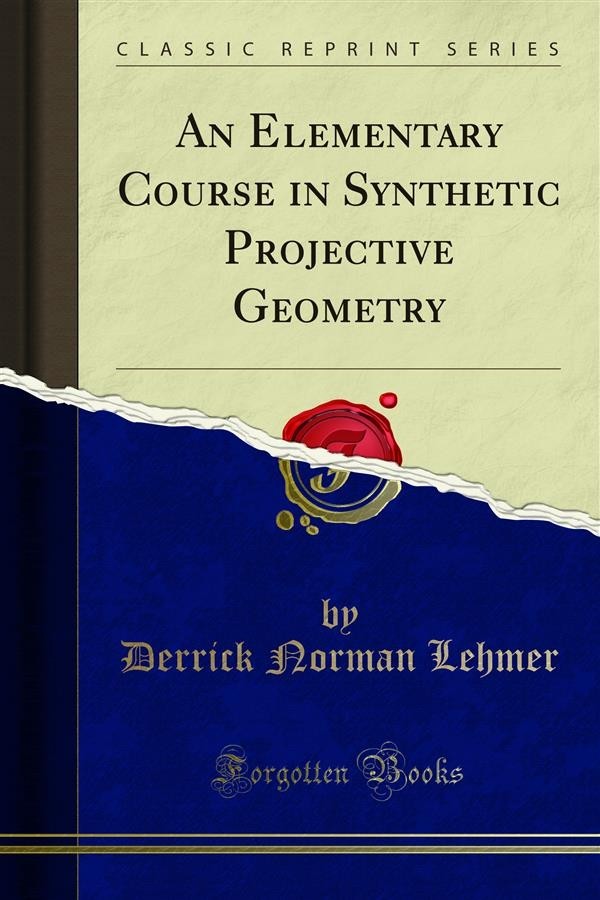 The following course is intended to give, in as simple a way as possible, the essentials of synthetic projective geometry. While, in the main, the theory is developed along the well-beaten track laid out by the great masters of the subject, it is believed that there has been a slight smoothing of the road in some places. Especially will this be observed in the chapter on Involution. The author has never felt satisfied with the usual treatment of that subject by means of circles and anharmonie ratios. A purely projective notion ought not to be based on metrical foundations. Metrical developments should be made there, as elsewhere in the theory, by the introduction of infinitely distant elements.<br><br>The author has departed from the century-old custom of writing in parallel columns each theorem and its dual. He has not found that it conduces to sharpness of vision to try to focus his eyes 011 two things at once. Those who prefer the usual method of procedure can, of course, develop the two sets of theorems side by side; the author has not found this the better plan in actual teaching.<br><br>As regards nomenclature, the author has followed the lead of the earlier writers in English, and has called the system of lines in a plane which all pass through a point a pencil of rays instead of a bundle of rays, as later writers seem inclined to do.