Treatise on Geometry and Trigonometry 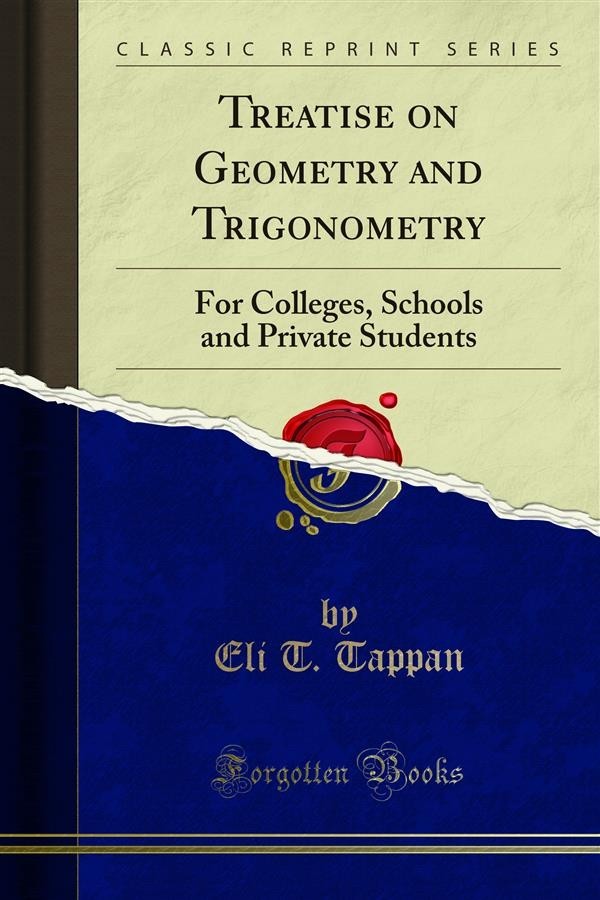 Treatise on Geometry and Trigonometry

The science of Elementary Geometry, after remaining nearly stationary for two thousand years, has, for a century past, been making decided progress. This is owing, mainly, to two causes: discoveries in the higher mathematics have thrown new light upon the elements of the science; and the demands of schools, in all enlightened nations, have called out many works by able mathematicians and skillful teachers.<br><br>Professor Hayward, of Harvard University, as early as 1825, defined parallel lines as lines having the same direction. Euclid's definitions of a straight line, of an angle, and of a plane, were based on the idea of direction, which is, indeed, the essence of form. This thought, employed in all these leading definitions, adds clearness to the science and simplicity to the study. In the present work, it is sought to combine these ideas with the best methods and latest discoveries in the science.<br><br>By careful arrangement of topics, the theory of each class of figures is given in uninterrupted connection. No attempt is made to exclude any method of demonstration, but rather to present examples of all.