The Science of Society 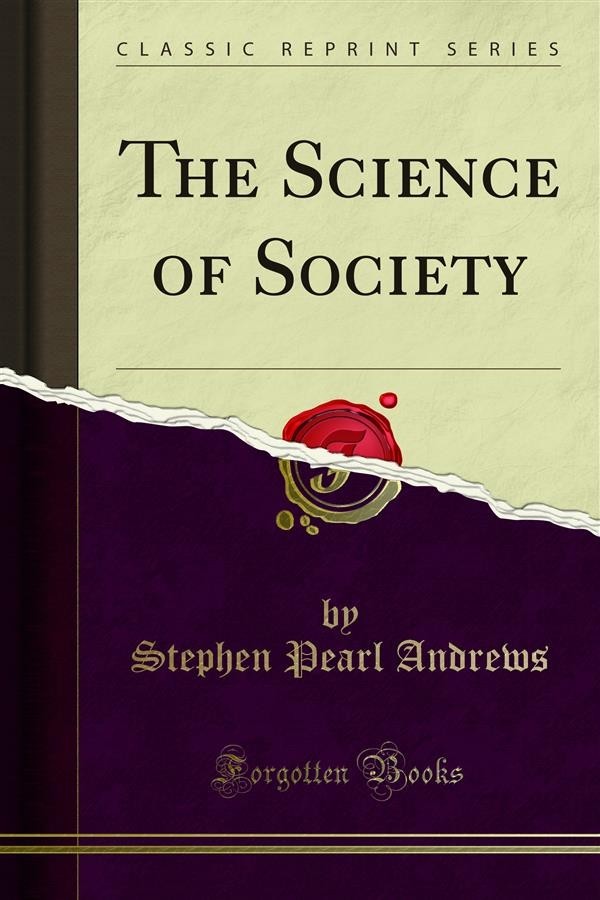 The Science of Society

This book was first printed nearly forty years ago. Its seed, for the most part, fell upon stony ground. In consequence of this cold reception, this lack of demand, the work passed through but a few small editions and then disappeared from the market. The author's keen, broad, and untiring mind leading him into new fields of thought, he never reprinted it. Thus, for more than a quarter of a century, it has been practically out of sight, out of mind.<br><br>Nevertheless its work has never stopped. Here and there the seed did fall upon oases, and in fertile spots it always took deep root and reproduced its kind. Its children and grand-children and great-grand-children have seldom been conscious of their ancestry, but today the family is so numerous that the branches of its genealogical tree pervade with a growing, and often a controlling, influence every department of what Mr. Andrews happily calls "Man's social habitat." It can be only helpful to this family to be made acquainted with its origin, especially when the power of the printing-press enables it to revive and freshly scatter the parent-seed upon a more receptive soil.<br><br>Such is the purpose of this new edition of "The Science of Society.'' The social problem is pressing more closely upon our heels than it was in 1851, and a book expounding as lucidly as this the basic principles in which alone its solution is to bo found is greatly needed. The author himself, in the closing years of his life, earnestly desired its republication, and the publisher takes pleasure in the thought that the enterprise would meet his approbation. And not only his, but that of Josiah Warren as well, who was never tired of praising Mr. Andrews's work as in his opinion the soundest exposition that ever had been made or ever could be made of the two principles which he (Mr. Warren) had introduced to the world in his less pretentious work, "True Civilization."<br><br>But even if this double incentive of satisfying a public demand and honoring a master's memory were altogether lacking, the publisher might still find abundant justification and encouragement in Robert Browning's lines:<br><br>To shoot a beam into the dark, assists:<br>To make that beam do fuller service, spread<br>And utilize such bounty to the height,<br>That assists also, - and that work is mine.