The Essentials of Logic 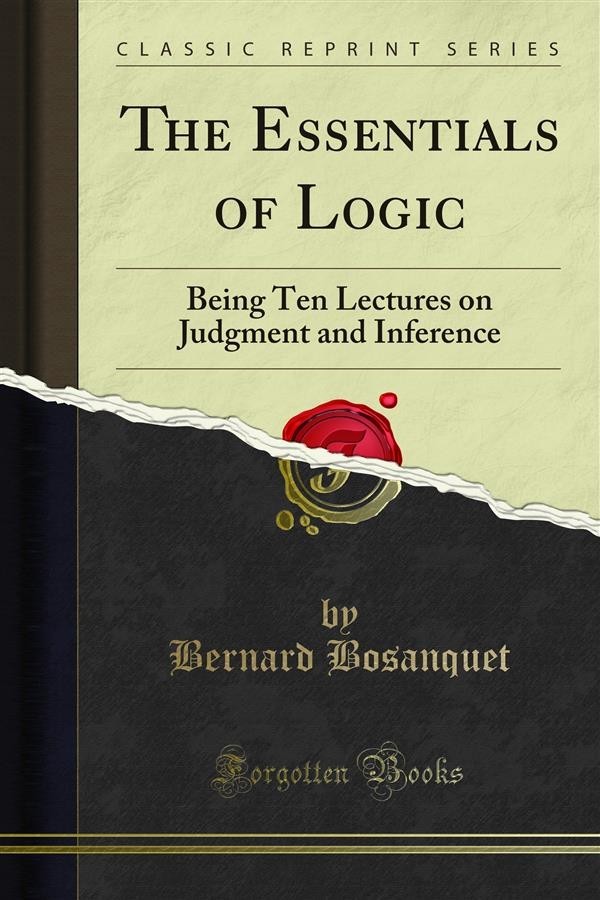 The Essentials of Logic

In this course of lectures I have attempted to carry out, under the freer conditions of the University Extension system, a purpose conceived many years ago at Oxford. It was suggested to me by the answer of a friend, engaged like myself from time to time in teaching elementary Logic, to the question which I put to him, "What do you aim at in teaching Logic to beginners? What do you think can reasonably be hoped for?" "If the men could learn what an Inference is, it would be something," was the reply.<br><br>The course of lectures which I now publish was projected in the spirit thus indicated. Though only the two last discourses deal explicitly with Inference, yet those which precede them contribute, I hope, no less essentially, to explain the nature of that single development which in some stages we call Judgment, and in others Inference. So far as I could see, the attempt to go to the heart of the subject, however imperfectly executed, was appreciated by the students, and was rewarded with a serious attention which would not have been commanded by the trivialities of formal Logic, although more entertaining and less abstruse.<br><br>The details of traditional terminology may be found in Jevons's Elementary Lessons in Logic (Macmillan).