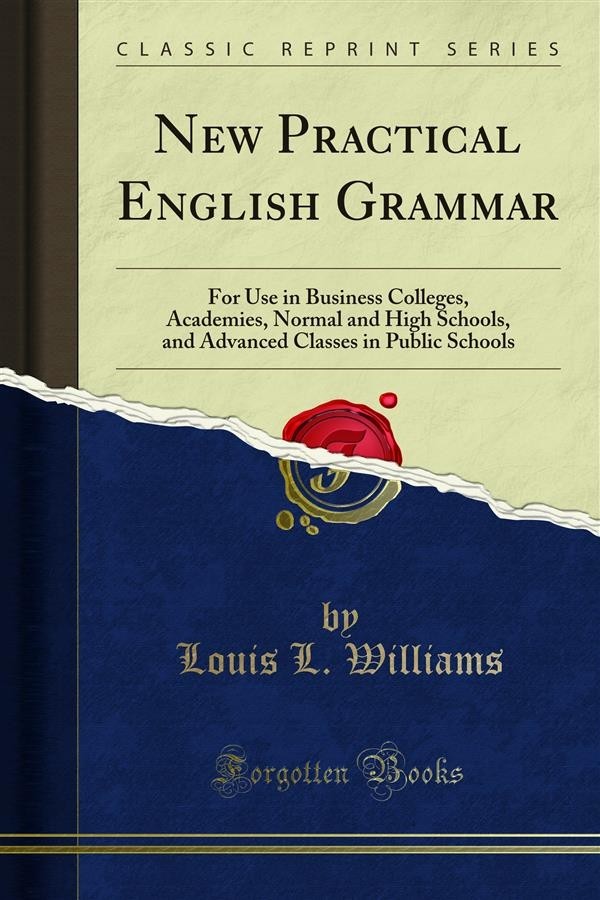 The design of this book is to present the essential features of grammar briefly enough to enable the student to complete the course of lessons in a comparatively short time, and to accompany the statements of principles with sufficient illustrative material to make the study interesting and profitable.<br><br>A feeling of dislike for the study of grammar is not uncommon with the student where his work is confined largely to rules and principles, and little opportunity or encouragement is given him to illustrate and apply the knowledge gained. The study of principles is essential and must be insisted upon, but the feeling of dislike may be changed to one of favor if the study of grammar and the study of language be made to go hand in hand, especially if the illustrations given in the book and those drawn from the student are in keeping with his best efforts in conversation and sentence making.<br><br>It is believed that when the student has selected or supplied the proper expressions called for throughout this work, he will have so exercised his power to criticise and originate, and will have so increased and corrected his vocabulary as to have made it apparent to himself that he has been a distinct and substantial gainer thereby; and it is further believed that he will have developed a liking for the study of language that will be permanent.<br><br>The plan of this book assumes some previous knowledge of the subject on the part of the student, and on account of this fact and the brief character of the work, it has been deemed advisable to place all that relates to a given part of speech in one series of lessons, an arrangement which it is thought will add greatly to the convenience of those using or referring to the book.<br><br>Some attention is given to the correction of false syntax (see note, page 17). But this part of the work has been so arranged as to cultivate as far as possible the judgment and critical power of the student by the selective plan which has been largely adopted.<br><br>The final part of the work is intended to lead from grammar to composition and letter writing, and is believed to contain enough of such matter for the average need, and arranged in such a manner as to be practicable.