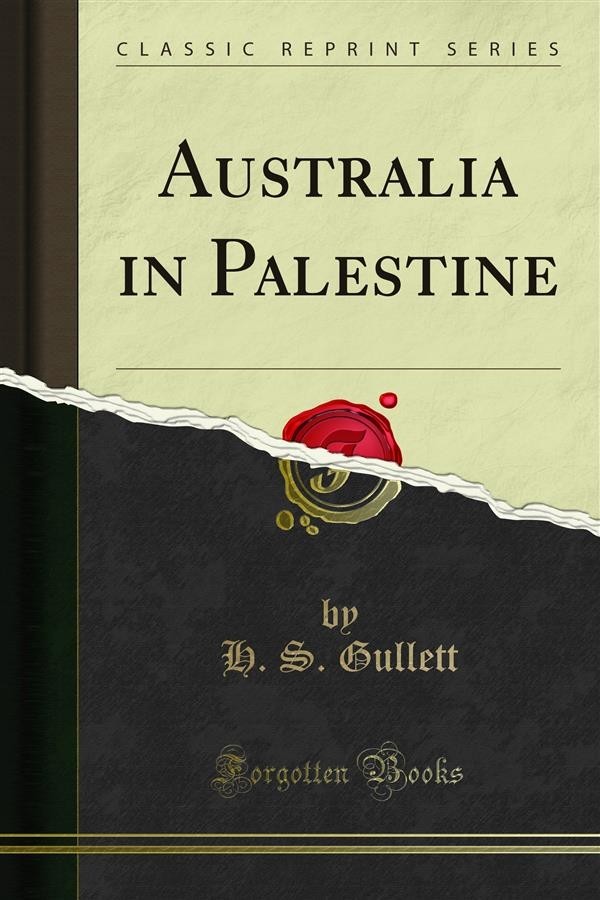 This book owes its publication to the warm interest taken in its initiation by a Committee comprised of the G.O.C., A.I.F., in Egypt; the G.O's.C. Anzac and Australian Mounted Divisions and Brigades, and a number of other senior A.I.F. officers; and, later, to the generosity of the many contributors of paintings, sketches, photographs, verse and prose.<br><br>"Australia in Palestine" is in no sense intended as a complete picture of the Australians' part in the Great Campaign. It is merely a Soldiers' Book, produced almost entirely by soldiers in the field under active service conditions to send to their friends in Australia and abroad. An edition has also been published for sale to the general public, and any profits derived from it will go to one of the A.I.F. funds.<br><br>Thanks are due to our many contributors, and in particular to Mr. James McBey, the Official British Artist in Palestine, for his fine portrait of General Allenby (specially drawn for this book) and other sketches; to Captain Hodgkinson, British Press Officer, for permission to use many British official photographs; to Mr. Jeapes, British Official Cinema Photographer, for the loan of many snapshots; and to Sergeant E. A. Hodda, A.I.F., who took charge of the business arrangements, and to whose keen interest and ability our obligation is substantial.<br><br>We have also to thank Major N. D. Barton, 7th A.L.H. Regiment, and Messrs. H. M. Somer and Sydney Ure Smith for the valuable assistance they have given as Committee of Publication in Australia.