Memories of My Life 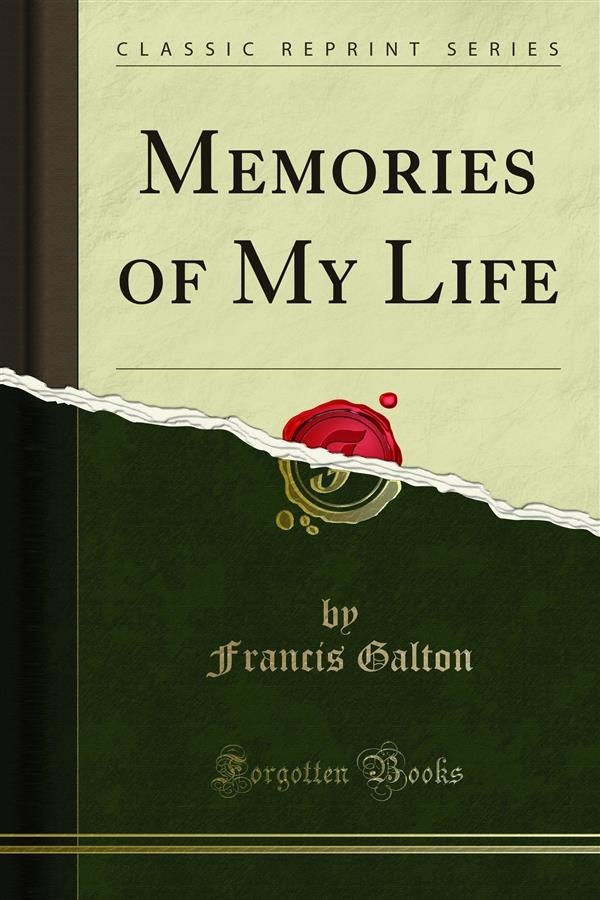 Memories of My Life

These "Memories" are arranged under the subjects to which they refer, and only partially in chronological order. A copious list of my memoirs will be found in the Appendix with dates attached to them. These show what inquiries were going on at or about any specified year. The titles of books are printed in heavy letters. They summarise, as a rule, the best parts of the corresponding memoirs up to the dates of their publication. Nevertheless, a considerable quantity of matter remains in the memoirs as yet unused in that way.<br><br>It has been a difficulty throughout to determine how much to insert and how much to omit. I have done my best, but fear I have failed through over-omission.<br><br>The method of that most useful volume, the Index and Epitome of the Dictionary of the National Biography, has been adopted, of adding to each name the dates of birth and death. They serve for identification and for giving a correct idea of the age of each man as compared with those with whom he was associated. The dates are mostly taken from the Dictionary, so the reader will nearly always find in that work a biography of the person in question.