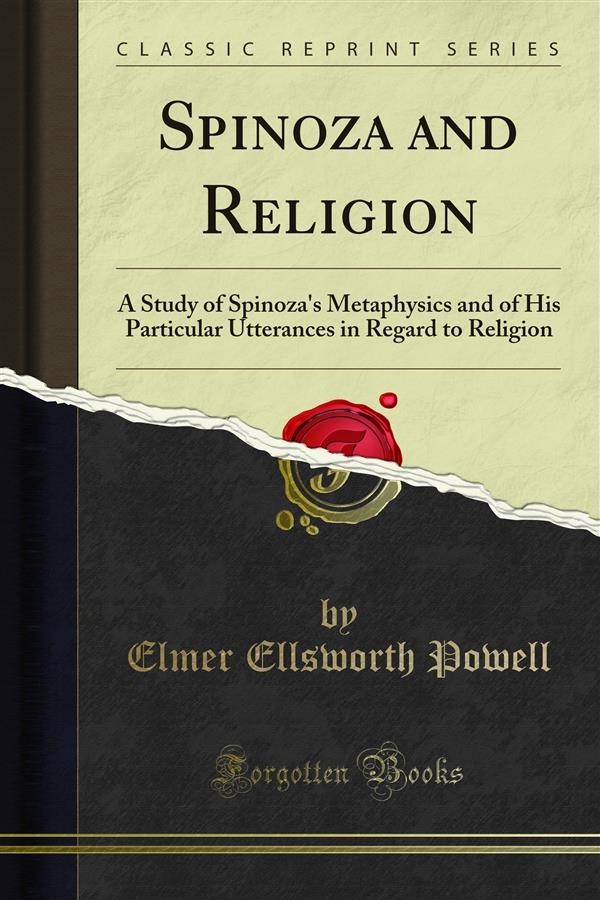 A German translator and expounder of Spinoza's works declares that in the whole history of human thought there is not to be found a system more difficult to understand and to explain. After studying the system in its details, I am disposed to accept this assertion as probably true. I have blinked no difficulties, however; hut have felt it my duty to study each one until I have succeeded either in harmonizing it with the system as a whole, or in clearly showing it to be a logical inconsistency. Spinoza's logical inconsistencies are of two kinds: (1) fallacies of reasoning, and (2) the acceptance of contradictory propositions which are correctly deduced, although from different and incompatible presuppositions.<br><br>My excuse for adding another book to the already formidable pile of literature on Spinoza is the fact that his relation to religion has not yet been made the subject of specific, comprehensive, and candid treatment; and that consequently there prevail not only among intelligent people in general, but even among students of philosophy, the vaguest possible notions in regard to this matter. Anyone who may feel disposed to think that I am performing a work of supererogation, is asked to suspend his judgment until he has read Chapter II. of my "Introduction."