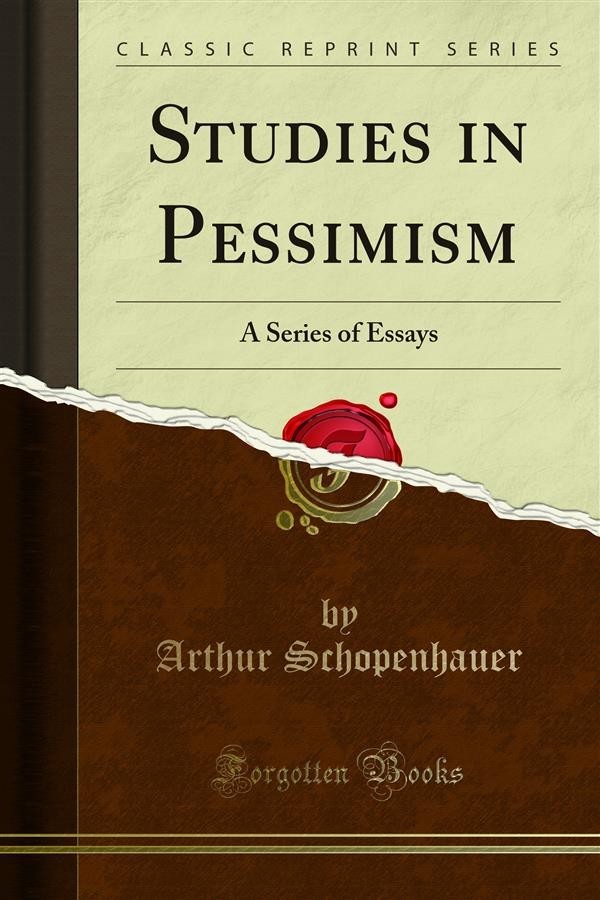 The essays here are presented from a further selection from Schopenhauer's Parerga, brought together under a title which is not to be found in the original, and does not claim to apply to every chapter in the volume. The first essay is, in the main, a rendering of the philosopher's remarks under the heading of Nachträge zur Lehre vom Leiden der Welt, together with certain parts of another section entitled Nachträge sur Lehre von der Bejahung und Verneinung des Willens zum Leben. Such omissions as I have made a directed chiefly by the desire to avoid repeating arguments already familiar to readers of the other volumes in this series. The Dialogue on Immortality sums up views expressed at length in the philosopher's chief work, and treated again in the Parerga. The Psychological Observations in this and the previous volume practically exhaust the chapter of the original which bears this title.<br><br>The essay on Women must not be taken in jest. It expresses Schopenhauer's serious convictions; and, as a penetrating observer of the faults of humanity, he may be allowed a hearing on a questions which is just now receiving a good deal of attention among us.