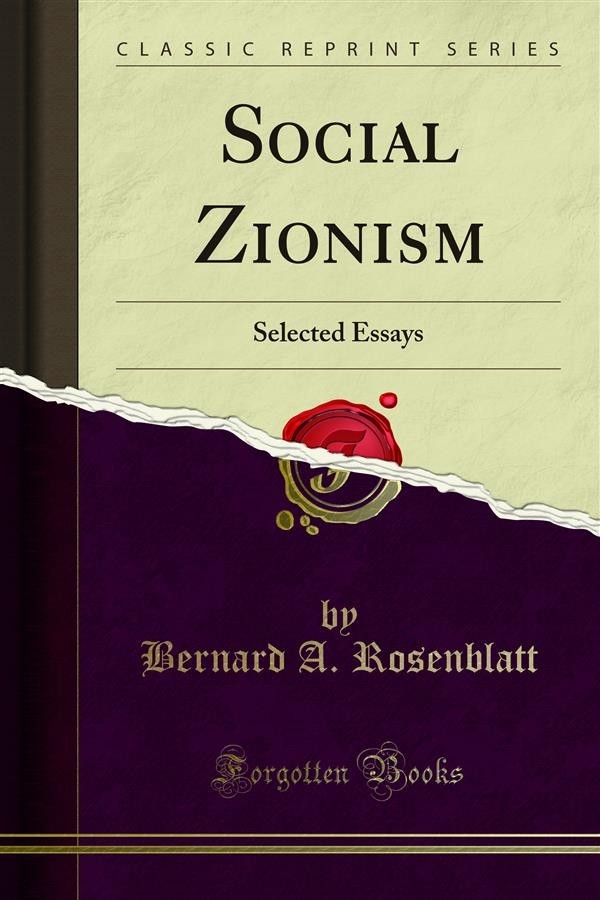 The restoration of Palestine as the national homeland of the Jewish people Is rapidly approaching realization. For centuries, pious Jews have prayed for It; for decades, Jewish pioneering colonists have striven for it; for the past twenty years, Jews everywhere have banded together in the Zionist Organization to achieve it. The impelling forces were diverse: the religious, racial, philanthropic, and economic predominated.<br><br>But the rapid growth of the Zionist movement in recent years is due, perhaps, in largest measure to the added hope and belief that in a Palestine with an eventual Jewish majority, and therefore in a revived Jewish civilization, the social visions of the people of Israel would be translated Into law and practice: that the Jewish people chosen as ever for service, would thereby be enabled again to offer to the world an example of social Justice, the finest fruit of a nations creative power.<br><br>The Pittsburgh Program represents in part this social view: the author of Social Zionism, as one of its makers, is especially fitted to expound its principles, especially insofar as they relate to land and taxation.