The Book of Fairy Poetry 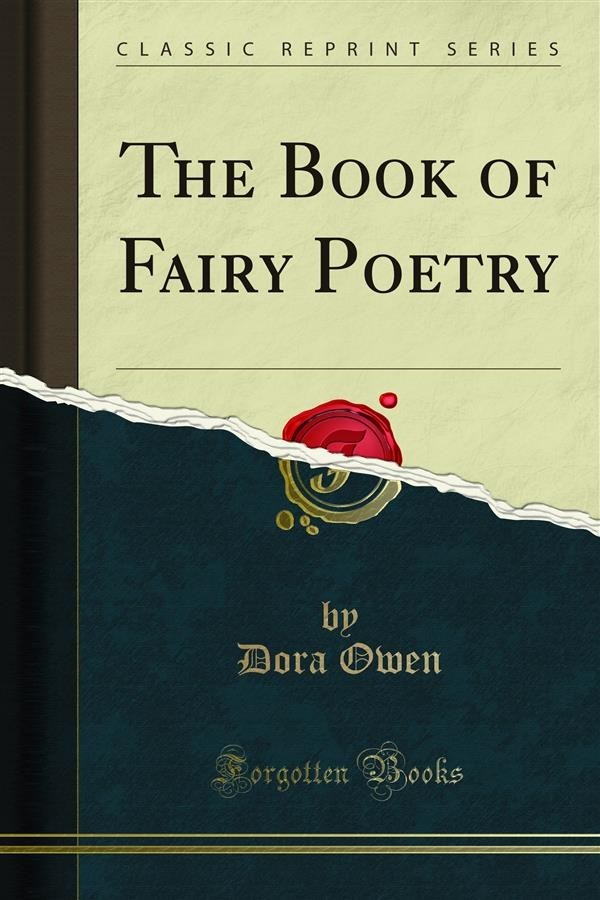 The Book of Fairy Poetry

<i>The Book of Fairy Poetry</i> is a compilation of poems that took compiler Dora Owen several years to complete. Published in 1920, this anthology is divided into three parts: fairy stories, fairy songs, dances, and talk, and fairy lore. Each is filled with fantastic literary creations from the likes of J.R.R. Tolkien, William Shakespeare, Robert Louis Stevenson, John Milton, and William Butler Yeats, as well as traditional pieces. Even Mrs. Owen herself included her own original poem, titled <i>Children, Children, Don't Forget</i>.<br><br>The compiler arranged the poems and songs chronologically in each division. She also included beautiful black and white illustrations by Warwick Goble, depicting the characters and scenarios described in some of the featured verses. <br><br>This book may very well be a fairy-themed Mother Goose as it features stories that appeal to the young and old alike. Avid fans of all things fairy and supernatural will delight in this work the most – no poem or ballad is without a reference to mythical beings.<br><br>Lovers of the written word and of poetry will also appreciate the literary value of the verses in this volume. This is quite expected owing to the fact that some of the works of legends and icons in the literary world are featured in <i>The Book of Fairy Poetry</i>. Parents will also find this apt as bedtime reading for children.