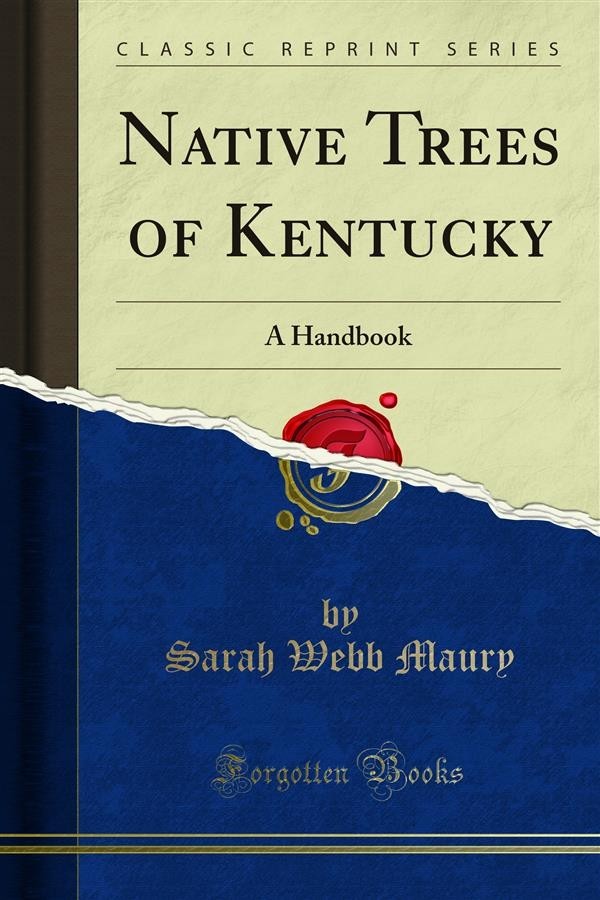 There are few problems of more economic importance to the State of Kentucky at the present time than an adequate forest policy. Believing that, if the people of the State could be brought to a realization of the fact, that few regions of the world have a greater number of merchantable species of trees than Kentucky, they would establish and support such a forest policy, this volume descriptive of the State trees has been prepared.<br><br>The term "tree" has been given, regardless of size, to every woody plant which produces one main stem, bearing a definite crown; this feature distinguishes trees from shrubs which have many stems growing from the same roots.<br><br>Although any systematic arrangement of trees necessitates the use of botanical names, an effort has been made to use the smallest possible number, in order that the book may appeal to all persons interested in the forest conditions of the State. The sequence of families follows the order advocated by Engler and Prantl, the renowned German botanists, and the nomenclature is adopted from "The Check List of Forest Trees in the United States." Bulletin 17 - Forest Service. For convenience, a list of the common names of the trees, native and naturalized in Kentucky has been added.<br><br>The manuscript was offered to the Kentucky Federation of Women's Clubs for publication of an unlimited first edition, provided the books were distributed free to the people of the State. This offer was accepted at the Annual Meeting in Owensboro, June, 1909.<br><br>Before going to press the manuscript was checked up by Mr. George B. Sudworth, Dendrologist of Forest Service; Dr. Hermann Von Schrenk, of St. Louis, and Mr. J. B. Atkinson, of Earlington, Ky.<br><br>The illustrations are from photographs given by Forest Service, Washington, D. C.; Prof. C. J. Norwood, Director of Kentucky Geological Survey; Mr. J. B. Atkinson, of Earlington, Ky.; Dr. Henry Chandler Cowles, of the University of Chicago, and from those made under the supervision of the Author.