Wild Life in China or Chats on Chinese Birds and Beasts 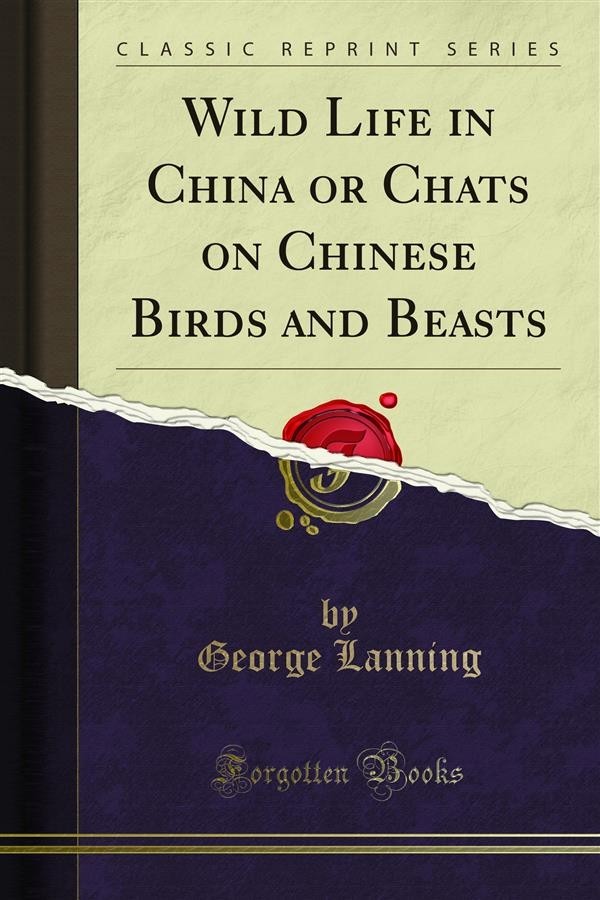 Wild Life in China or Chats on Chinese Birds and Beasts

Few words will be needed to establish friendly relations between one Nature lover and another. For nearly sixty years, considerably more than half of them spent in China, I have loved to study the forms and habits of every living creature with which I have come in contact, reptile life included. Unfortunately, this has been possible, not as a vocation, but as an avocation, during holidays, travels, and odds and ends of time in an otherwise busy life. During wanderings across the oceans, through Europe and Siberia twice, through a third of the United States, and along the ordinary Suez Canal Route between Europe and China notes have been made of such bird life as falls to the lot of the traveller to see.<br><br>These, however, are common to many observers. Those specially dealing with Wild Life in China are now put into popular form for the first time, and it is hoped that, notwithstanding many shortcomings, this may in itself form sufficient excuse for their appearance in permanent form. I am indebted more than I can say to "Les Oiseaux de la Chine", the scholarly work of M. L'Abbe Armand David, et M. E. Oustalet, to the late Mr. Consul Swinhoe's researches, to "The Royal Natural History" (Lydekker), to Mr. H. T. Wade's "With Boat and Gun in the Yangtze Valley", and to various other writers.