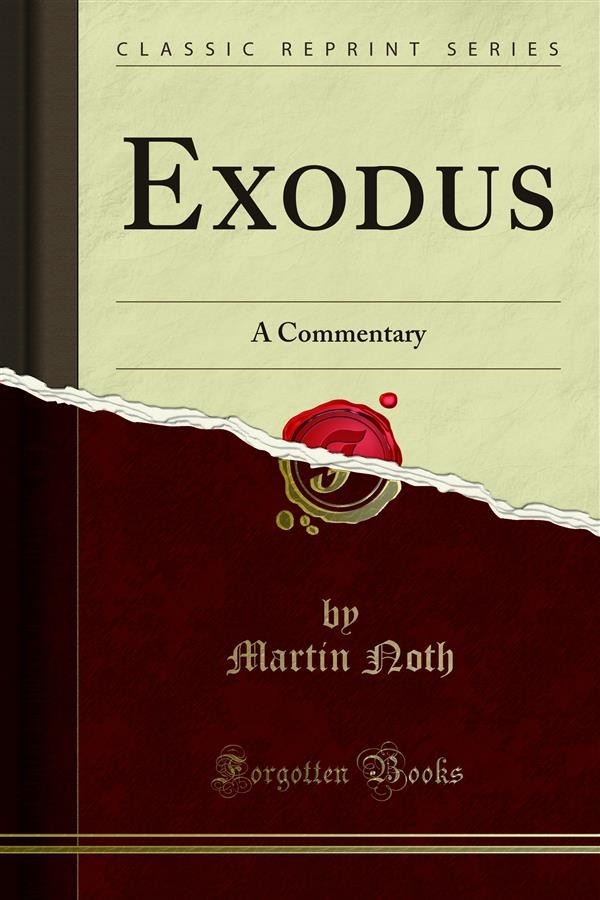 Of this the Old Testament tradition has no more to tell us. Here we have the largest gap in time which is indicated by the Pentateuchal narrative in the form in which it has been transmitted. It was therefore quite appropriate for a new book to begin at just this point when, at a time unknown to us, the great literary work of the Pentateuch was first divided into five books or rather was apportioned between five separate rolls. The ending of the book is a different matter; here the continuity of a coherent narrative is interrupted quite abruptly. The theme of the instructions received by Moses on Sinai and of the way in which they are carried out is by no means exhausted at the end of the book; it continues through the whole of the third book, Leviticus, and into the beginning of the fourth book, Numbers. The practical aspects of a division into five approximately equal parts caused the interruption of the continuity at this point and only by later additions was the last chapter of Exodus made to look like some sort of a conclusion.<br><br>It therefore follows that Exodus must be understood as part of a larger whole. In view of what has been said, this is true not only of its relationship to the following 'books' but also - in spite of the break which is caused by the transition from one theme to another - of its relationship to Genesis. For the whole complex of the Pentateuchal tradition already had the essential elements of its structure at the stage of oral tradition before it began to be fixed in writing, a development whose results we have today in the 'Five Books of Moses'. This tradition was enshrined in cultic confessions of faith through which on certain occasions the mighty acts of God in the prehistory and early history of Israel were celebrated. These confessions were rooted in particular circumstances in which the action of God had been made manifest, circumstances which are still clearly recognizable as distinctive themes even in the narrative form of the whole as we have it in the transmitted text.<br><br>The Book of Exodus deals with the central events of the Pentateuchal tradition. The first part of the book describes the Exodus from Egypt. It was always a fundamental expression of Israelite faith that 'Yahweh brought up Israel out of the land of Egypt'. In this event Yahweh had by a decisive act demonstrated for Israel that he was at work in history and at the same time quite clearly took Israel to himself.