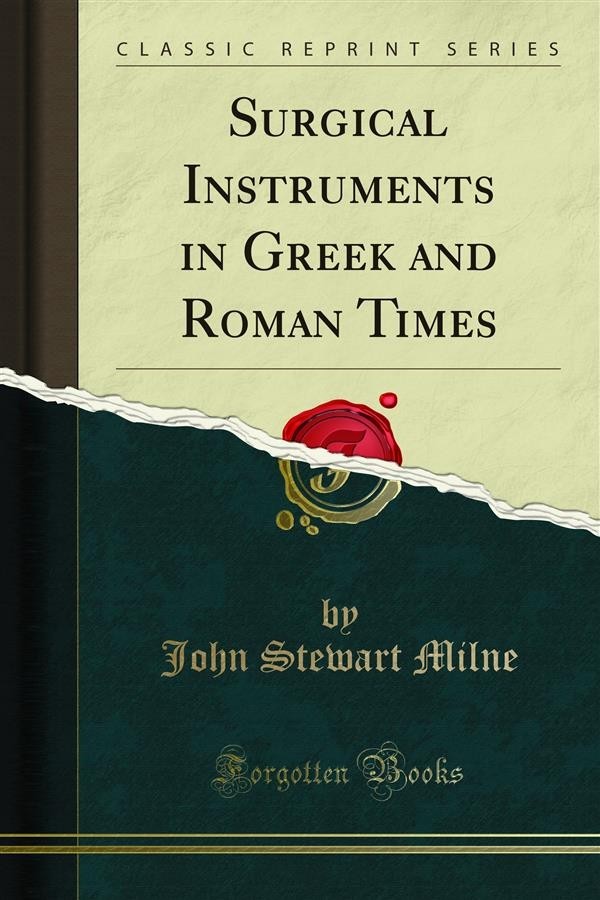 Indeed, comparatively little attention has been given to this department of archaeology. Literature bearing on it is comparatively scarce. What we have is entirely continental, and consists of a series of reports of different finds with attempts to indicate the uses of the instruments described. In addition to these reports and the actual instruments scattered over various museums, we have at our disposal the writings of the ancient authors themselves. In these a fair number of instruments are minutely described, while many others are named, and here and there points about their shape are mentioned in different places; and by piecing these particulars together and deducing other facts from the nature of the manipulations the instruments are employed in, we can describe in detail, with a tolerable amount of certainty, a surprisingly large number of instruments. It must be confessed that these ancient classics are rather difficult of access, surprisingly so considering that until a few decades ago they were reverenced as works of authority for medical practice; but the fact seems to be that our predecessors were largely content to draw their knowledge of these authors from mediaeval Latin translations. Part of one of the most interesting authors has never been published in the original Greek, and for our knowledge of it we are dependent on a sixteenth-century Latin translation, supplemented, it may be, by fugitive consultations of codices in libraries and museums.<br><br>Others of the Greek texts have not been reprinted since the sixteenth century, and bristle with the ingenious but at first perplexing shorthand contractions with which the Renaissance typographer imitated the Compendia of the manuscripts. These difficulties can be got over with patience, however, and the waste of gray matter necessary as a preliminary is not out of proportion to the results to be obtained. Even as a quarry for philological materials the medical classics are far from being worked out, and it is surprising how many words one meets with which are not to be found in the best Greek-English dictionaries.