The Snakes of South Africa, Their Venom and the Treatment of Snake Bite 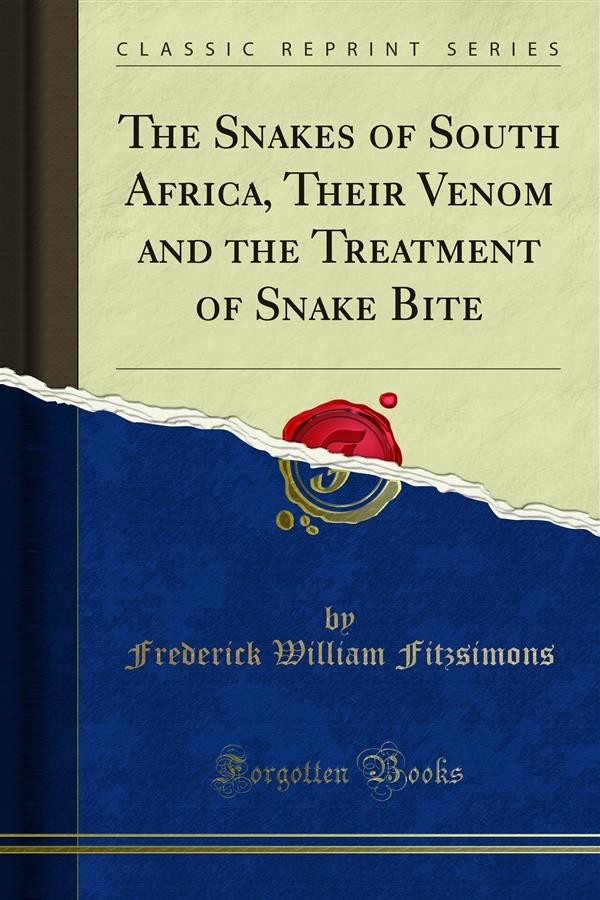 The Snakes of South Africa, Their Venom and the Treatment of Snake Bite

Outside the realm of science little is known about snakes, and still less of their venom. The most innocent snakes are confounded with the most venomous.<br><br>Beyond a few isolated contributions to various journals, there is no current literature on the snakes of South Africa, their venom, and the treatment of snake bite. The Kafir and Hottentot traditions and beliefs have been handed down and are accepted as facts by Colonists, hence erroneous ideas and beliefs prevail in regard to snakes, their venom, and the treatment of snake bite, and in consequence large numbers of useful lives are cut off annually - lives which, in the majority of cases, might have been saved. I have met many people who have lost their lives or been more or less invalided for life through the ignorant treatment applied for snake bite. A man of my acquaintance, in Rhodesia, was bitten on the hand by a venomous serpent. His friends immediately ligatured his arm in several places, poured a quart bottle of whisky neat down his throat, and then belaboured him unmercifully with sjamboks with the view of keeping him awake, the idea being that, if he were allowed to sink into a state of coma, he would die. The man was six months in hospital. His arm, owing to the long-continued application of the ligature, became gangrenous and had to be amputated. The lining membrane of his stomach was severely burned, and much of it irretrievably destroyed by the strong spirit, and to-day this man is minus his right arm, and is, moreover, an incurable dyspeptic.<br><br>Again, the scientist Fontana, nearly a hundred years ago, conclusively proved that the outward and inward use of ammonia, as well as injecting it direct into the veins, was utterly useless as a curative agent for snake bite. Yet, from that time to the present day, the belief in its antidotal power in cases of snake bite has been, and is, well-nigh universal.