The Development From Kant to Hegel 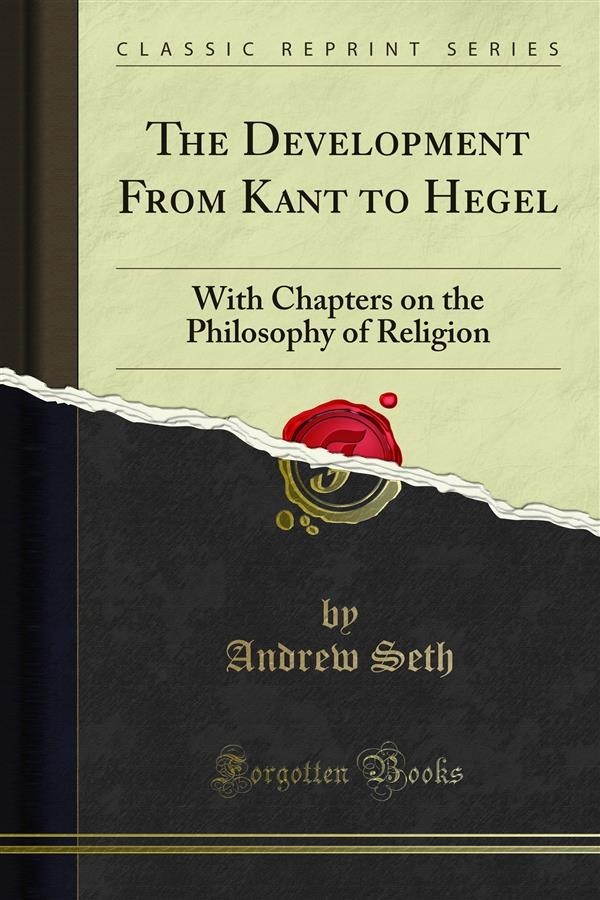 The Development From Kant to Hegel

The First Part of this Essay was originally written in Germany, in the summer of 1880, at the conclusion of my two years' term of study as Hibbert Travelling Scholar. Since the resolution of the Hibbert Trustees to publish the Essay, I have taken the opportunity of re-writing it almost entirely, with the view of offering, as far as possible, a real contribution to the study of German Philosophy in England. The Second Part, on the Philosophy of Religion, has been added at the special request of the Trustees.