History and Condition of the Catawba Indians of South Carolina 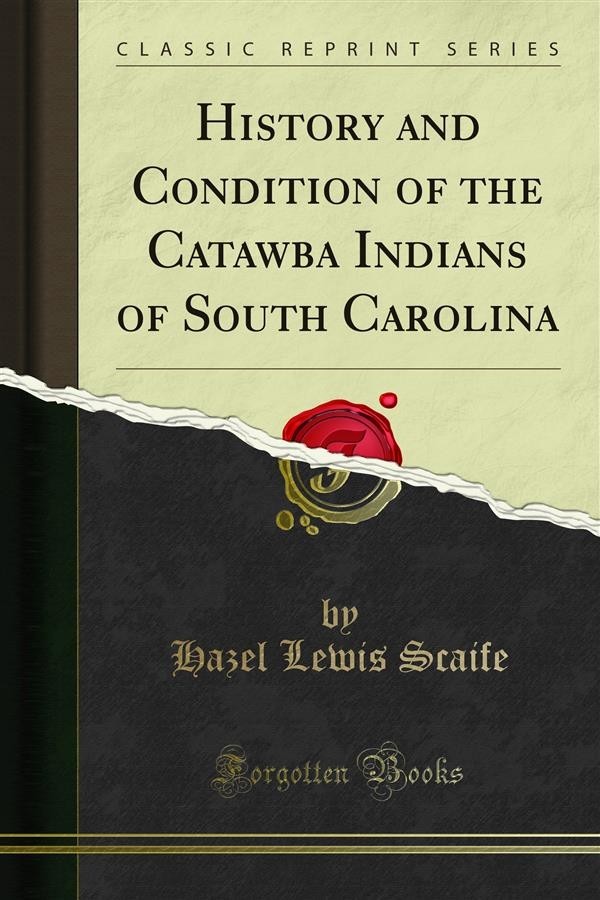 History and Condition of the Catawba Indians of South Carolina

On the banks of the Catawba River, in York County, South Carolina, the survivors of the once powerful Catawba Nation still linger on ancestral ground. Though surrounded by influences which should be civilizing, they are no more fortunate than fellow tribes that were long ago driven to more primitive abodes. Perhaps the Catawba Indians are expected to voluntarily take advantage of opportunities within their reach, but is this not overestimating the capacity of an "inferior" people, when the Caucasian race itself must be spurred to self-improvement by compulsory education?<br><br>The Catawba Indians present a wonderful example of faithfulness and devotion to the American people, but history has never done them justice, nor has a full account of them appeared even in a newspaper or a magazine. Indeed, this people, which once made the woods of Carolina ring with the war-whoop as they went forth against the enemies of the early settlers, have been allowed to dwindle away unnoticed, until now the very fact of the existence of an Indian in South Carolina is, perhaps, not generally known, even in counties almost touching the Catawba Reservation. Recent historians of South Carolina fail to mention that descendants of the earliest known inhabitants of that State still reside within its borders, and school children are left in ignorance of this interesting fact. But the historians of America might well leave unnoticed the Catawba Indians, for, let the pen be handled ever so nicely, it would leave a blot on the pages of history. When the white man appeared, the savage glory of the Catawba Nation at once began to decline, the primeval forests were laid low, and the Indian's were driven from the haunts they loved. The white man brought with him the Indians death-warrant, and the work of extermination has now been well-nigh accomplished.