Masks or Faces a Study in the Psychology of Acting 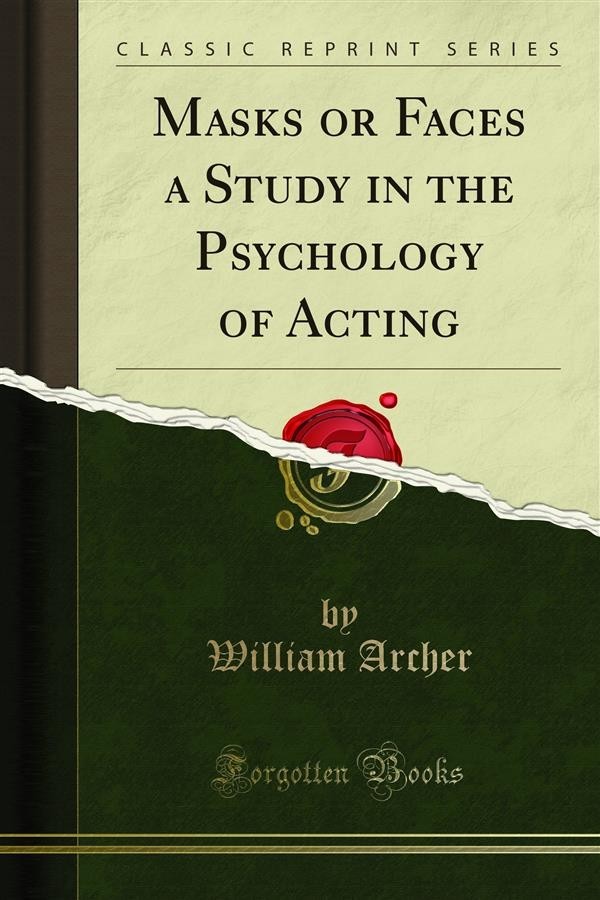 Masks or Faces a Study in the Psychology of Acting

To the average intellect, nothing is so alluring as a paradox. The reason is simple: in accepting a paradox, the average intellect feels that it has risen above the average. Any fool can believe what is possible and probable, but it demands no ordinary gifts, whether mental or spiritual, to believe what is absurd. How many an old philosophy has been based, like an inverted pyramid, on an almost imperceptible point of paradox! How many a world-embracing creed has sprung from a tiny contradiction in terms! What is a miracle, indeed, but a paradox in action.? He who has seen a table dancing a hornpipe, or an elderly gentleman reclining on the ceiling instead of on the sofa, naturally feels a certain superiority over the humdrum folk who have seen no miracles save those of Mr. Maskelyne. And if it seems a distinguished thing to believe a paradox, what must it be to invent one? Surely the summit of human ambition.